Reflections on 2022: what were the trends in gender norms research?

The newest members of the ALIGN team share their reflections from an eventful year in gender news, with a snapshot of what they followed and most enjoyed working on. This blog also covers the upcoming trends and new ALIGN research to keep an eye out for in 2023. 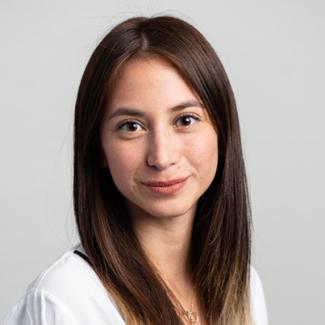 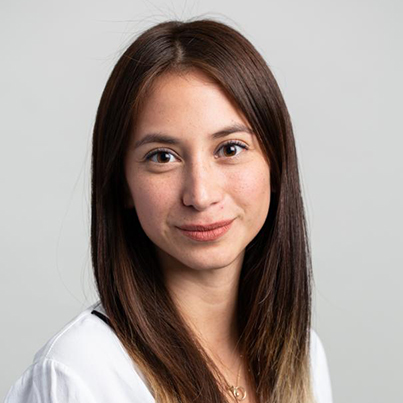 This year I began work as a Research Officer in the Gender Equality and Social Inclusion team at ODI.

One of my favourite topics to work on and research is social movements – particularly those with a feminist or antipatriarchal outlook. For that reason, I was particularly pleased to continue my work this year by delving into feminist activism to end gender-based violence in the public sphere. I was also excited to see ALIGN’s interactive map on feminist movements go live on the ALIGN platform.

I enjoyed reading the work produced by my colleagues and guest contributors looking at the use of social media and art and activism by feminist and women’s movements. We are so passionate about the impact of both tools on activism that last year we took our own leap into artivism by creating a short digital comic strip on how online activism shifts gender norms.

It was also very inspiring to see our work on feminist and anti-patriarchal movements expand to cover environmental and climate movements – many of which are led by indigenous women. For example, those joining us for ALIGN’s collaboration with Futuros Indígenas during CSW66 earlier last year. If you missed the event, I have good news, you can watch the recording on ODI's website.

The costs of creative resistance

All the work we produced last year makes me reflect on, and be amazed by, the power and creativity of social justice movements. Yet, it also makes me think it crucial that we always bear in mind that activism is often a form of unpaid work that carries physical, emotional and time costs. Burdens that when carried out by women often compound into a ‘triple workload’ – paid work, care work and activism.

It also makes me constantly remember that while we more often hear about women’s, feminist and/or LGBTQI+ movements, and increasingly see women in all their diversity and other marginalized genders leading other social justice movements, we should not take for granted that they’re always on equal footing when engaging in political activity.  Diverse groups of women and LGBTQI+ people may well be having to engage in dual-level activism when leading or participating in social movements – demanding change of the State, but also gender justice in their own movements and communities. When this occurs, the costs of their activism are even higher. This has clearly been the case for environmental movements – many of which are led by indigenous women.

However, on a more positive note, the convergence of struggles makes me think environmental and climate activism will be a key space for transformative gender norm change in the coming years and this is an area we are very keen on researching further. 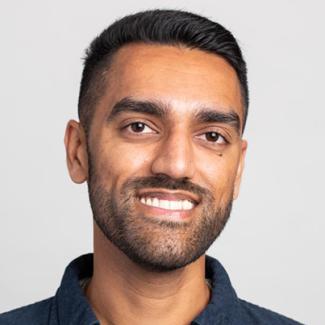 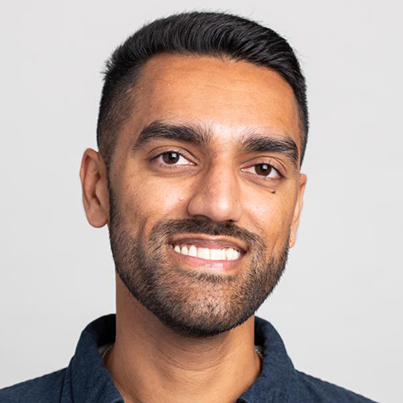 As a heterosexual man working on gender equality, it has often felt strange to me how little we seem to talk about men. I’ve tried to reckon this with my own positionality and privilege. Perhaps I feel this way because I identify as a man? Plus, why should we move the spotlight away from the women and non-binary folks most affected by gender inequalities? But the more I have considered it, the more convinced I am that engaging men and boys is critical in our journey towards gender equality – and most acutely so when it comes to gender-based violence (GBV).

Engaging men and boys in solidarity

Since joining ODI in April 2022, I’ve been delighted to see that our work on gender norms includes partnering with local researchers and civil society organisations in five Global South countries on how to engage with men and boys to tackle GBV. Our ALIGN briefing, Is no space safe? outlined the pervasiveness of male violence in the public sphere, as well as the importance of male solidarity and allyship. And we convened a beautifully intimate dialogue on men’s role in promoting healthy, non-violent masculinities, featuring heavyweights Dr. Jackson Katz and Eusebius McKaiser.

Reflecting upon our work on feminist movements highlighted by Diana, we have seen how horrific acts of male violence can have a unifying effect, mobilising feminist activism. Yet one big question remains unanswered: what will it take for men to mobilise? Rather than coming together, it seems most men are still socialised to ‘man up’ and deal with matters alone. Yet the internal struggles this may bring about for men, combined with a lack of emotional support from peers, can manifest in male aggression and violence towards themselves and others – which is unambiguously bad news for those of all genders.

Another big question is how we counter the pervasive, ‘toxic’ masculinities that dominate the lives of young boys and shape their attitudes and behaviours. Sexism and misogyny picked up in childhood can persist through adolescence and adulthood. Schools are incredibly important sites where such behaviour can be learned – but also unlearned.

I am really excited to explore how education systems can promote gender equitable masculinities among boys. Stay tuned to see how our research on this important and relatively under-examined area of gender norm change goes later this year! 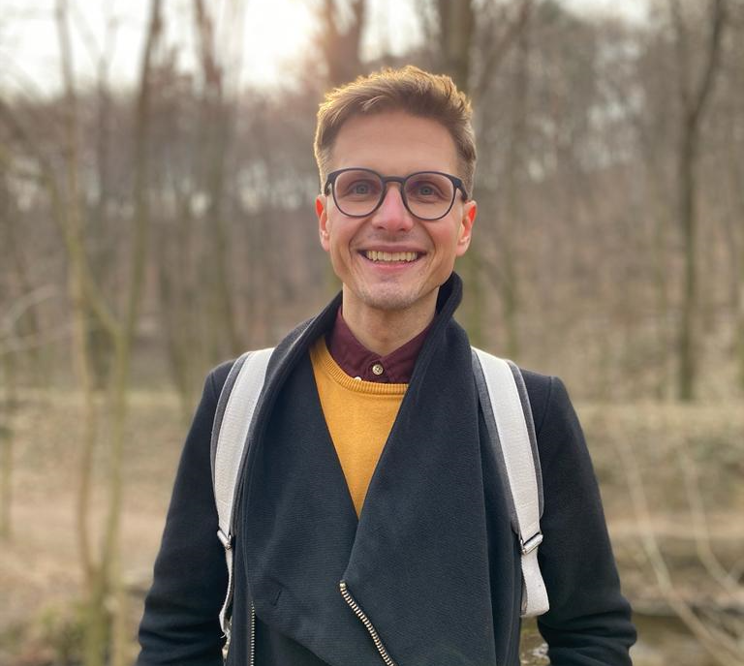 Prior to joining the ALIGN team this summer, I had been researching gender norms without fully realising it. I had been exploring and supporting young women’s engagements with role models because of how role models nurture our ability to aspire beyond the expectations and limitations that are put on us by our families, networks, and society at large. This work with role models is how I examined just some of the strategies to challenge intersectional norms in politics and education from women’s perspective.

Looking back at 2022, there were many wins and losses for gender justice in politics, and norms played a major role. These are my top trends and takeaways from last year:

Many countries – such as the USA or Brazil - went through elections that pitched against each other, male leaders with polarising stands on gender equality. Holding different masculinities – from macho misogynistic strongmen to (pro)feminist champions of women’s rights – they also put to the vote what politics should look like.

But harmful masculine behaviours are not only the purview of men. They are often adopted by women, who seek to rise through the ranks of masculine institutions. From Georgia Meloni in Italy to Liz Truss (briefly) in the UK, more women joined the ranks of those in power across the globe. What the cases of Meloni and Truss show, however, is that power is not only affected by gender inequalities. Power, and therefore norms, are affected by racism, capitalism, colonialism, and other systems of oppression like class and caste. It also showed that not all women are feminists or concerned with transforming inequities.

As we look ahead to upcoming elections in 2023 such as in Bangladesh and Turkey, we could learn a lot from understanding how these systems intersect to produce norms which enable women to rise to power, but can also work to undermine feminist agendas. ALIGN’s interest in women politicians’ experiences has led us to explore violence in the public sphere, from online threats of rape to physical intimidation on the campaign trails, to its chilling impact on civic and political participation.

Once in the halls of power, women still encounter institutional misogyny. This means that to contest unequal gender roles and relations, we must learn to root out patriarchal norms in political institutions from local to national level. Yet, this remains notoriously difficult because of resistance from the men and women who benefit materially, socially, or politically from the status quo.

Countries like Germany made headway in designing their feminist foreign policies (FFP) in 2022, while Sweden’s new right government backtracked on its trailblazing commitment. Feminist foreign policy should challenge the prevalent norms in conducting international relations that shape how we address crises like the conflict in Ukraine or the global pandemic. These norms range from systemic exclusions of women in decision making to the preference for violent conflict over peaceful solutions.

As more countries, from Canada to the Netherlands, review or consider their approach to FFP in 2023, the global community of feminists must hold them accountable to changing the gendered norms in foreign affairs through their actions, rather than just signalling with feminist rhetoric. For example, as countries like the Islamic Republic of Iran continue to oppress women and men, other nations should heed the calls of feminist activists to respond in solidarity to their campaigns and show their disapproval, as was effective in the recent expulsion of Iran from the Commission on the Status of Women. I’ll be looking forward to observing how these efforts for feminist policy develop in 2023.

We’ve got a wealth of new research coming your way throughout the year, below are just a few of the key themes we will be initiating or continuing, and we’ll be keeping you updated on all the latest via our blog, quarterly emails, website, and Twitter account.

Changing the face of local politics for the better in the Netherlands
Author: Lilianne Ploumen

What do we mean by ‘there’s no climate justice without gender justice’?
Author: Areebah Shahid