Initially celebrated for their equalising potential, digital technologies have come under increasing scrutiny for undermining women’s rights and social cohesion.

According to a recent analysis from the Economist Intelligence Unit, an average of 85% of 4,500 women interviewed in 45 countries experienced or witnessed online abuse – with the percentages being even higher in the Middle East, and across the Latin American and African continents. Misinformation and defamation are reported as the most common tactics used to silence women, limiting their ability to speak out online, or ‘de-platforming’ them, forcing them out of the online political arena altogether.

Women in politics are particularly frequent targets of online hate, violence and disinformation, with fake stories and images steeped in misogyny that portray them as stupid, untrustworthy and overly sexual. Globally, around 42% of women parliamentarians in one study said that they have seen extremely humiliating or sexually charged images of them spread through social media, online abuse and gendered disinformation campaigns. Such campaigns are defined as the spread of deceptive or inaccurate information and images against women political leaders, journalists and female public figures, following storylines that often draw on misogyny, as well as gender stereotypes around the role of women.

Designed to alter public perception of female politicians’ track records for immediate political gain, as well as to discourage women seeking political careers, such campaigns have been used against women political activists and candidates in Russia, the Philippines, Hungary, India, and many more.

As well as having devastating consequences for the women they target, online attacks against women in politics not only reflect but can also change social norms and behaviour. Through social media, misogynistic language and narratives that had been latent in society find new strength, to the point of weakening social norms of inclusion and civil discourse, and normalising abuse and impunity for its perpetrators.

A study of women parliamentarians in Chile by Fundación Multitudes found that women in politics report being so accustomed to being the targets of online hate and gendered disinformation that, despite its devastating personal and political consequences, they are starting to see it as an inevitable consequence of political engagement.

Worse still, this pervasive violent rhetoric spread by a network of misogynist and male supremacist websites and online fora – known as  ‘the Manosphere’ – often translates into the normalisation and even justification of political violence against women in politics, which in many places is on the rise. Aware of these frightening realities, increasing numbers of women – particularly young women – report that they have changed their behaviour.

As a result of the abuse they experience or witness online, young women report being discouraged from seeking leadership roles and limiting their own freedom of expression, leading them to self-censor totally disengage from social media. As a result of their concerns about disinformation online, one in five young women surveyed by PLAN International has said they stopped engaging in politics altogether. Interviewed by the New York Times at age 16, Sarah Hamilton was considering running for office herself one day. Four years later, after watching the hatred aimed at US Vice President Kamala Harris, she was no longer interested. After exposure to the treatment of women online, it’s hard to blame her.

But why are these narratives so prevalent online?

Although sexism on the campaign trail is nothing new, digital technology has made it much easier to organise, amplify and finance gendered disinformation campaigns. While conventional wisdom and the digital platforms contend that social media merely reflects societal sexism and misogyny, this does not take into consideration the way social media acts as a ‘behavioural modification system’ that encourages groups of individuals to behave in ways that they would not normally behave, and uses algorithmic principles to manipulate people.

The design of digital platforms reflects pre-existing sexism and biased social norms against women in politics, but it also increases them. Harmful narratives are boosted and amplified through algorithms that make such content sticky and often viral, serving companies’ commercial interests at the expense of women’s rights and societal progress towards gender equality.

Policy-makers are increasingly aware of the platforms’ responsibility in enabling the spread of dangerous content. In a letter to Facebook signed by 100 women legislators from 30 countries, US Congresswoman Jackie Speier wrote to the company: ‘Stop the amplification of gendered disinformation on your platform. Much of the most hateful content directed at women on Facebook is amplified by your algorithms which reward extreme and dangerous points of view with greater reach and visibility creating a fertile breeding ground for bias to grow.’

To redress this situation, we urgently need a new digital social contract. This must uphold women’s rights and promote the creation of stronger digital platform standards that take into account the real-life harms and abuse that women face. And it must address these through better product and algorithmic designs, as well as sounder risk assessment strategies.

Non-action is not an option. According to the United Nations Human Rights Council, ‘the corrosion of women’s human rights is a litmus test for the human rights standards of the whole of society’, and when they falter, so do many of the common beliefs, values and social norms that we take for granted, including freedom of expression for everyone – not only the powerful and the bullies. 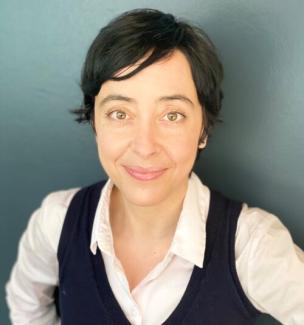 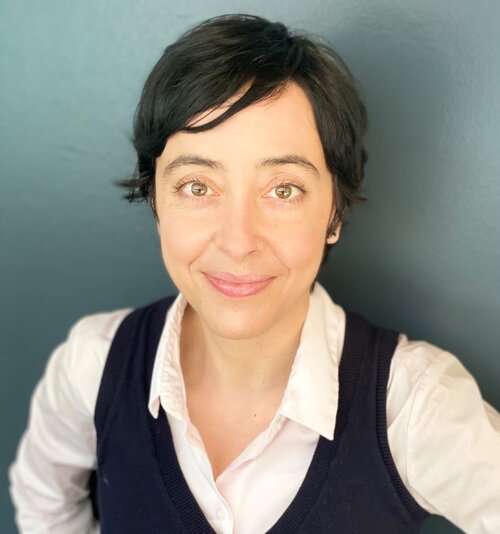 Lucina is a gender equality expert, recognized by Apolitical in 2021 as one of the 100 Most Influential People in Gender Policy. Throughout her career, Lucina has worked with a wide range of international actors promoting women's rights in the Global South, including Vital Voices, The Wilson Center, International IDEA, the Westminster Foundation for Democracy, and the  United Nations.

Her research, #ShePersisted. Women, Politics & Power in the New Media World, represents the baseline for the #ShePersisted Global Initiative, investigating the relationship between women in politics and social media in 30 countries, and was featured on Time Magazine, The Washington Post, Politico, El Pais and Voice of America, among others. Lucina has written on gendered disinformation and social media harms for The Carnegie Endowment for International Peace, The Council of Foreign Relations, and The National Endowment for Democracy, among others.

Lucina currently serves as Senior Director for Gender Equality at Room to Read, a global nonprofit working to end gender inequality through education; co-founder of The Gender Breakfast, a network of 150+ gender professionals in the San Francisco Bay Area, and Advisory Board Member of FundHer, an organization working to elect progressive women to State legislatures. 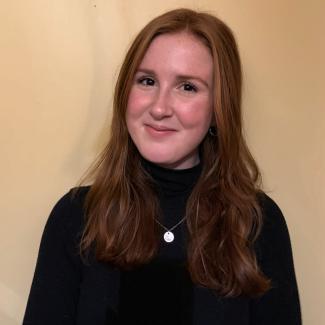 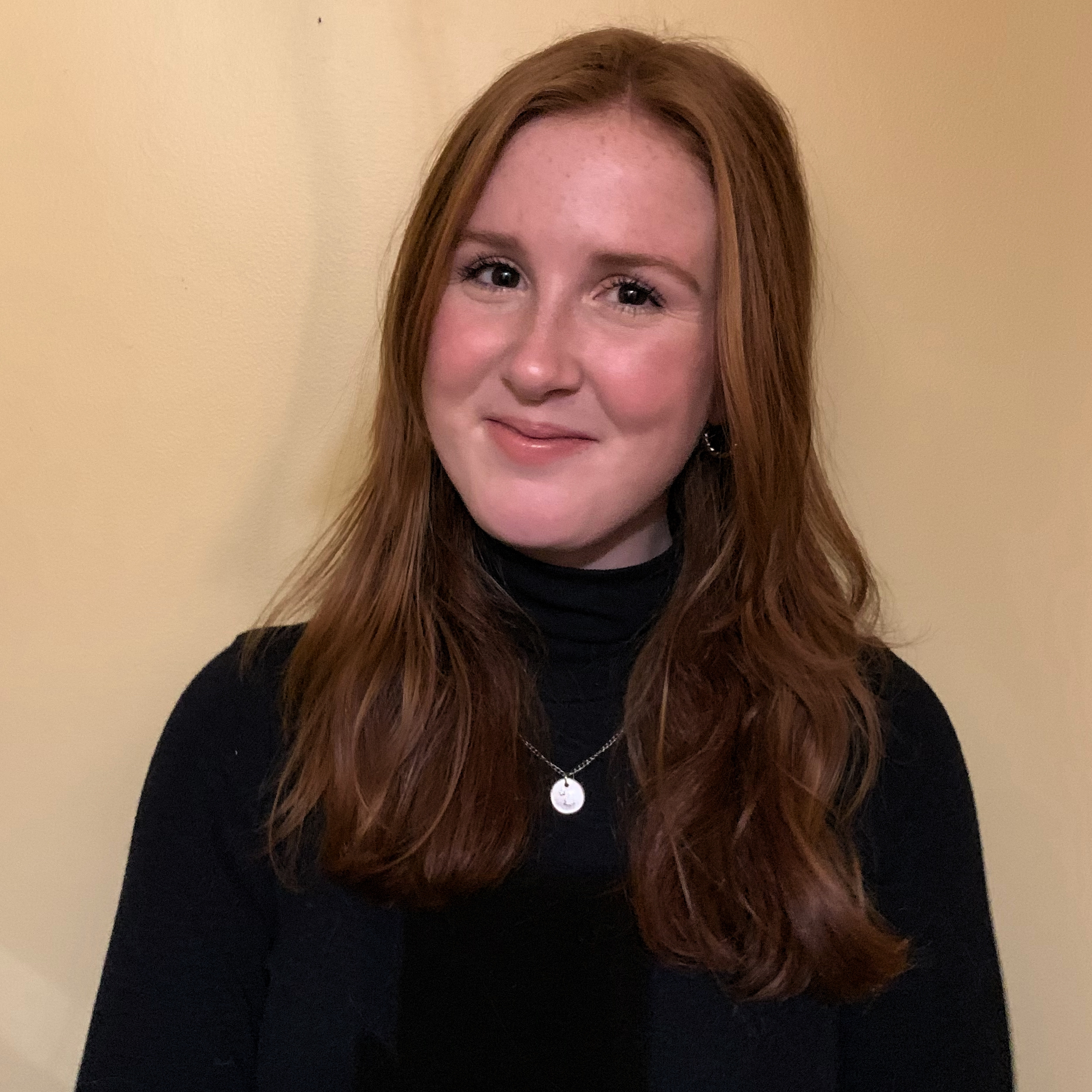 Alcy is a student of Political Science and Women’s, Gender and Sexuality Studies at The George Washington University’s Columbian College of Arts and Sciences and the Program Associate for #ShePersisted Global.

The role-modelling power of storytelling: interview with Helen Wang on how edutainment can help to shift norms
Authors: Faria A. Nasruddin, Helen Wang