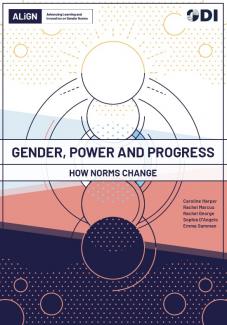 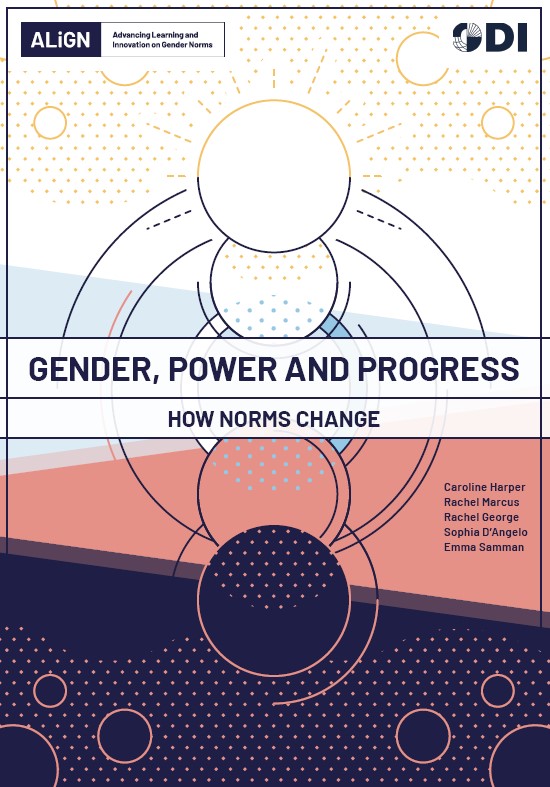 This report is about gender norms – the implicit informal rules about appropriate behaviour for people of different genders – that most people accept and follow. It is about the ways in which gender equality, women’s and girls’ rights and the norms that shape the ability to claim those rights, have progressed over time. It examines how gender norms have changed in the 25 years since the UN’s Beijing Platform for Action on women’s rights was set out in 1995, and their role in progress and setbacks to achieving these rights.

The report draws on global data and learning and explores:

Education is the foundation for personal transformation and has huge potential to drive change – but it can also reinforce discriminatory gender norms.

The proportion of children and young people with some secondary education – the level of education that is most likely to catalyse shifts in gender norms – has increased substantially over the past 25 years worldwide. There is still some way to go, however. Although gender gaps in education have narrowed, girls in low-income countries and households – and particularly in rural areas – still account for most of the children who will never go to school at all. Adolescent boys, and especially those from poor households, are more likely than girls to drop out of school to work, meaning they miss out on education at a critical period in their lives when their attitudes towards gender equality are being shaped.

Sexual and reproductive health and rights

Sexual and reproductive health and rights enable women to make their own choices around childbearing, and can spur on women’s progress in other areas, such as work.

Gender norms lie at the heart of most people’s experiences of sexual and reproductive health and have shifted significantly in some areas and contexts. Norm changes since the Beijing Declaration can be seen in greater access to, and use of, contraception, as well as a falling global fertility rate: down from 2.9 to 2.4 births per woman between 1995 and 2018. Major differences remain, however, across and within regions, suggesting that patriarchal norms still block progress in some places, and in particular areas of sexual and reproductive health and rights. The norms that shape trends in physical and sexual violence, for example, remain particularly ‘sticky’.

Paid and unpaid work and care

Fair paid and unpaid work can boost women’s autonomy in many areas and shift norms within families and communities about power and control.

Contrary to common belief, paid work does not automatically empower women – particularly if working conditions are oppressive and exploitative. However, it often underpins greater autonomy for women and their greater influence in the family and in society, as well as widening their horizons more than unpaid work at home.

Women’s political voice and representation are critical for women to vocalise their need for transformative change, and to support action to achieve that change.

Despite relatively significant gains on the legal rights of women to vote and stand for political office in the 20th and 21st centuries, discriminatory norms and society-wide barriers continue to hold back the representation and voice of women in politics. Gendered norms shape the ways in which male candidates are treated differently to women, and how men and women are held to different standards by the media, voters and other political actors when aspiring to power as well as when in power. These norms can also shape ongoing barriers to women’s political participation, such as the violence and harassment that targets individuals who are seen to violate the established norms that govern an often-masculine political space.

For norm change to be sustainable it must capture the hearts and minds of individuals and transform society as a whole. In other words, not only must social expectations, personal attitudes and behaviour shift, but also the ways in which these are represented in wider society, across all the formal and informal rules and laws and practices that govern the way human beings behave.

The report makes 3 important observations about the nature of norm change: