Sport: A reinforcer of gender norms or a force for change?

As athletes from across the world gather in Tokyo for the (delayed) 2020 Olympics Games, this blog looks at the impact of sport on gender norms and the empowerment of women and girls.

The (modern) Olympic Games, on first impression, is a beacon of gender equality. With equal numbers of male and female athletes now competing in the same number of disciplines, it’s a far cry from its all-male origins in 1896, and from just a few decades ago when women were only allowed to take part in about half of the events.

Sport is seen by the United Nations and many development groups as a unifier and equalizer, a way to bring communities and nations together and, as described by former UN Secretary General, Kofi Annan, as ‘an agent of social change’ with the power to ‘break down gender barriers and provide role models for empowering women and girls’. But is this really the case or does sport actually reinforce rigid gender norms?

Sport as a reinforcer of gender norms

Sport is often viewed as a ‘male-dominated institution that promotes traditional gender roles and advances male hegemony with phrases such as ‘you throw like a girl’ or ‘you’ve been chicked’ (meaning you were overtaken by a girl/woman) commonly heard in school playgrounds, sports grounds, and sometimes even the mainstream media. Hegemonic masculinity, the over-emphasising of stereotypically masculine traits, is rife throughout sport, partly, according to one study on masculinity and competition, due to sport’s predominant focus on competing. The hegemonic masculinities within sport, therefore, deter those who do not adhere to those traits - including many women. 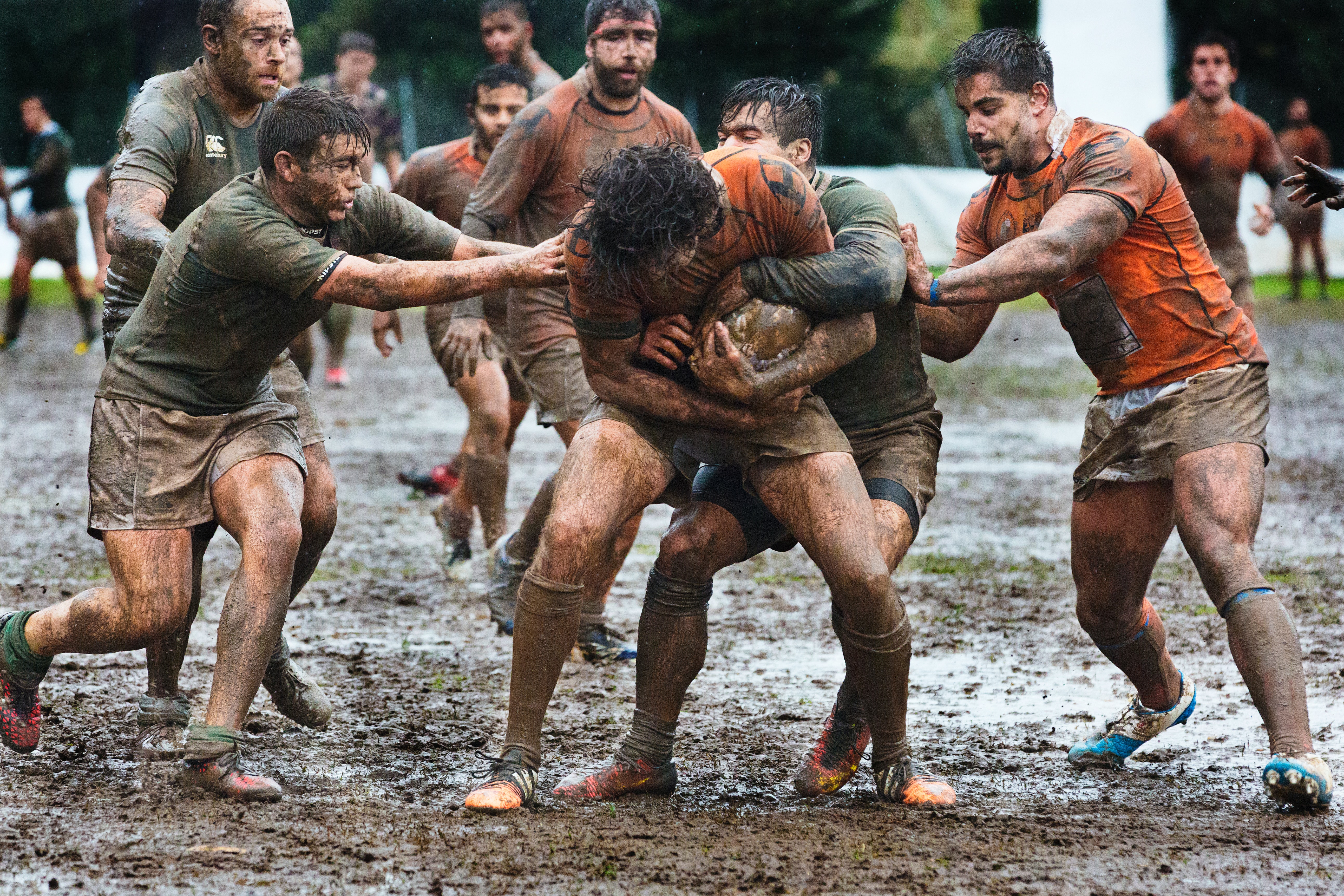 A woman is perceived to be weaker than a man and being compared to one is, therefore, seen as an insult to a male athlete, even though women now dominate many ultra-distance events and compete on the world stage alongside men. However, the continued need by commentators and the media to compare men and women, such as the controversial comments made by retired tennis player John McEnroe about previous women’s world number one, Serena Williams, only fuels the belief that sport is, predominantly, a man’s domain.

Other barriers include a lack of facilities (particularly decent toilets), restrictions on how women behave, the risk of sexual assault (perceived or actual), and issues around clothing. Just this week for example, a British female para-athlete was reprimanded for having briefs that were too short, and just a few days later, the Norwegian Women’s beach volleyball team was fined for wearing shorts instead of bikini bottoms.

In terms of equipment, Jayanthi Kuru-Utumpala, for example, who was the first Sri Lankan to climb Mount Everest, said she had to climb the world’s highest mountain in mountaineering clothes that did not fit her properly as they were designed for the male body, which was potentially unsafe. Although the need for sports equipment and clothing suited to women is acknowledged (e.g. sports bras, menstrual trackers in sports apps, etc.), male sports clothing is far more readily available in shops than women’s. Watches and other sports tech are designed around the average man even some safety equipment, such as life-jackets for canoeists, is rarely designed for the female form. It is a covert way of saying that if the sports equipment doesn’t fit, you are the wrong shape for an athlete, perpetuating the norm that if you want to be one, you should either be a man or have a physique similar to one.

Lack of funding and unequal salaries and prize money are also barriers to women’s participation in sport, fuelling the norm that says women are inferior sportspeople. A 2017 global sports salaries survey, for example, found that Brazilian forward Neymar earned more (£32.9 million) in one season at Paris Saint-Germain than the combined salaries of seven of the top-division women’s football league in France, Germany, England, the US, Sweden, Australia and Mexico, comprising 81 teams and 1,693 players.

The lack of female role-models in sports-based media perpetuates the norm that sport is a male domain. As well as the under-representation of women taking part in sport on TV and radio (women’s sports receive only around 4% of all sports media coverage), women are also vastly under-represented as sports presenters, experts, commentators, officials, managers and coaches (women make up only 18% of qualified coaches and 9% of senior coaches). This lack of coverage and representation perpetuates the belief that sport is primarily for boys and men.

There is so much that points to sport as a reinforcer of gender norms. Can sport also be seen as a force for change?

In the late 1970s, thanks to an emerging feminist movement in sport, spearheaded by athletes such as Billie Jean King, sport began to be recognised as something that should be accessible to all. Many sports for development (SFD) programmes now exist globally with sport, often alongside life-skills classes, used as a way to promote gender equality.

Various studies, such as ICRW’s evaluation of the PanKH Program in Rajasthan, India, Women Win’s evaluation of Standard Chartered’s Goal Programme, and STRIVE's study of Parivartan for Girls, found that sports clubs combined with life-skills lessons had an impact on the gender norms held by participants and their families, and to some extent wider communities.

The ICRW study found that girls and young women who took part in sports-based programmes were more likely to stay in school longer, delay marriage and report improved mental well-being. They felt more confident as a result of the programme, expanded their social networks and were more likely to challenge gender norms around girls in public spaces.

Women Win’s study, which looked more specifically at norms, found that attitudes to menstruation, including restrictions in movements and participation in certain activities (such as cooking), shifted, as did views on the value of girls’ education and delaying marriage, as well as beliefs against intimate-partner violence. Some of the girls in the Women Win study also reported views on women’s clothing – such as being allowed to wear leggings or shorts – becoming more liberal within their communities as attitudes towards women doing sport became more accepting.

The Parivartan study, based in a slum in Mumbai, India, reported shifts in the norms that restrict public mobility for post-menarche-aged girls, limit their education and future prospects, and reinforce gender inequality.

The studies all reported that girls felt more confident as a result of taking part in the sports-based programmes, meaning they were more likely to challenge restrictive norms in their lives. This was particularly clear in relation to menstruation where Women Win’s study found that when girls were encouraged to keep taking part in sport during their periods they began to believe that they should be able to do other activities during menstruation that were once restricted. One school girl in Mumbai said:

‘Earlier during menstruation, I was only allowed to go to school, otherwise I would have to stay at home. After attending the programme, I spoke to my mother about menstruation and now she understands things and I have started going out on those days’.

Other studies, such as ‘Navigating norms’ reported that in some communities, girls taking part openly in physical activities challenged norms around women as ‘fragile and weak’. It suggested that empowerment in one area, such as on the playing field, can have a positive impact on other norms such as restrictions in mobility and decision-making within the household.

Tied to this is the impact sport can have on promoting positive body image and self-esteem and challenging norms around how women and girls should look. However, a study of Chinese college students found a strong correlation between having a positive body image to the desire to take part in sport, particularly among young women. This could, therefore, create potential barriers to sports participation for women (and men) with a higher body mass index (BMI), or a disability, based on norms around how athletes ‘should’ look. Gender norms around appearance influence and restrict the participation of women and girls in sports and add to the scrutiny they face in participating at the local level, as well as on the world stage.

Intersecting norms around gender, disability and poverty can prevent some people ever considering taking part in sport. The Paralympics, born out of support for injured World War II veterans, aims to challenge norms around sport and disability, but while great gains have been made, media coverage still lags behind the prominence of the able-bodied games.

Sport can also be a way to broach taboo subjects and allow people to come together in informal environments to play sport and talk. The Society for the Improvement of Rural People (SIRP), for example, used football as a way to engage young Nigerian men in conversations around female genital mutilation/cutting (FGM/C). The programme found that the young men who took part knew more about FGM/C and were more likely to oppose it, challenging the norm around a girl needing to be cut in order to be worthy of marriage.

There has also been a shift in recent in the role of sportsmen and women as role models, particularly in relation to race (e.g. taking the knee), poverty (e.g. Barcelona FC’s sponsorship of UNICEF) and equality (e.g. the successful campaign for tennis to ensure equal pay). Notions of masculinity within the elite sports world also seem to have shifted with sportsmen often seen crying (for joy or defeat), celebrating their roles as fathers by inviting their children onto podiums, and talking about their mental health. Perhaps sport can challenge norms around masculinities, moving away from the tough, stoic, competitive image once expected of all sportsmen to an image that now includes humility, grace, perseverance and compassion.

As the Olympics get under way, and the world watches the athletes at the pinnacle of their profession, it will be interesting to see the norms on display and their impact. High-profile sports events often drive a surge in sports at the amateur level, but will this be reflected equally for men and women, boys and girls? And what impact will that have on sport in cultures with strict norms about how women and girls should behave?

This blog has only skimmed the surface of the debate around sport as a catalyst for gender norm change versus its role as a norms reinforcer. However, I believe that sport has the power to give people confidence and heighten their self-esteem, something that is vital to help them push back against norms that dominate their lives. The UN and the Olympic Charter both call for sport to be recognised as a human right with access unimpeded by discrimination of any kind. With women’s participation in sport growing, and more voices within sport speaking out against inequality, only time will tell if this call will, in time, become a reality. 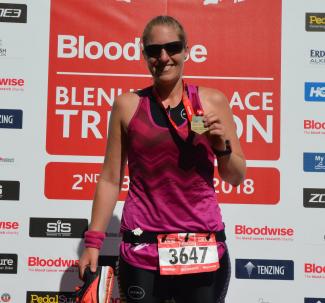 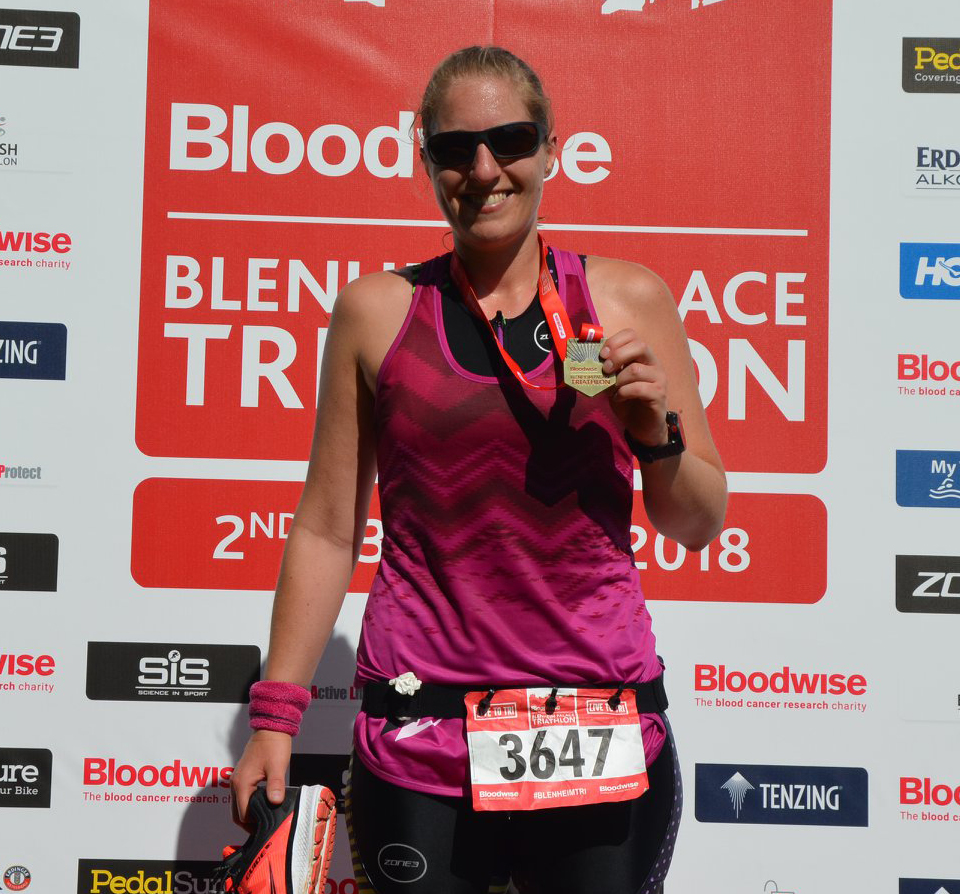 Emily Subden is the ALIGN Communications Manager working to ensure ALIGN reaches audiences both on and offline through the digital platform, social media, convenings, events, webinars and publications.

Before joining the ALIGN team in 2018, Emily worked for the United Nations for six years focusing on education and children's rights. She recently completed a Master’s Degree in Education, Gender and International Development at University College London (UCL) and her thesis focused on sport for development and sexual and reproductive health and rights.

Emily is a keen sportswoman herself and from a young age has championed inclusivity and gender equality in her all her sporting interests.

Why the most ‘gender-equal’ Olympics were far from equal
Author: Meg Smith