Skip to main content
The five-a-side team from Atako community confirm their commitment to ending FGM/C in Nigeria. © Society for the Improvement of Rural People (SIRP)

Female Genital Mutilation/Cutting (FGM/C) is deeply rooted in not just patriarchy and traditions here in Nigeria, but also in complete misconceptions. One such misconception about the practice is that it curbs a girl’s ‘promiscuity’. FGM/C remains a social norm in this country: many families engage in the practice simply because others are doing it. As a result, communities accept it as part of their culture and way of life.

It is so vital to involve Nigeria’s youth in this fight: they are the ones who can end FGM/C in the next decade. Sadly, part interventions around FGM/C have failed to capture their interest and have been seen as boring and repetitive. Hence there is a reluctance of youth in Nigeria to engage in the country’s various campaigns to tackle this rights violation.

That is why the Society for the Improvement of Rural People (SIRP) an organisation committed to ending FGM/C here in Nigeria, mounted a project called “Kick out FGM/C” between September and December 2018. The project used soccer (football) as a tool to try and change norms around FGM/C and was implemented in the Akwuke community of Enugu State.

Before embarking on this project, SIRP had been working in the Akwuke community for a year, in partnership with The Girl Generation and Rockflower, holding a series of dialogue sessions with traditional rulers, religious leaders, women’s groups, men’s groups and teachers. We noticed that most interventions around FGM/C in Nigeria tended to involve older generations, rather than youth. In addition, most interventions relied on various traditional methods, such as training workshops, discussion groups and sensitisation programmes. But there was little attempt to use youth-friendly approaches.

So SIRP decided to explore ways in which soccer could become a vehicle for change, aiming for one major objective - to increase the involvement of youth in ending FGM/C in Nigeria.

SIRP began with a study of the level of awareness and involvement amongst youth in Akwuke in relation to FGM/C, adopting a descriptive research design.

The study was guided by two specific research questions:

A multi-staged sampling procedure using a simple random sampling technique of balloting without replacement was used. We selected a sample of 210 youth who were accessing Akwuke’s only market. Our self-developed questionnaires provided the instrument for data collection, and the resulting data were analysed to answer the research questions.

Question 1: Have you ever heard of FGM/C?

After answering question 1, we explained the full meaning of FGM/C to participants before asking them question 2.

Question 2: Would you love to see FGM/C ended in your community?

While only a very small proportion of youth (10 out of 210) had heard of FGM/C, the vast majority (190 out of 210) were eager to see it ended in their community once they knew more about it.

As a result of this study, SIRP decided to adopt a youth-friendly approach that would be engaging and interesting for youth. That approach was soccer. SIRP organised a five-a-side soccer tournament for six youth teams from the community (while all participants in this tournament were young men, we later organised a women’s tournament in the community).

The winners of this first tournament, the youth team from Atako, became our ‘end FGM/C’ champions for the community. This entailed cascading the lessons they had learned about FGM/C as a result of the tournament to other youth – a way to ensure the sustainability of this programme and its messages.

The following results had been achieved by the end of the project.

The figures were drawn from a series of interview sessions with various youth from the community at the end of the project. One major lesson learnt was that a huge number of youth (male and female) have a genuine desire to be more involved in ongoing activism to end FGM/C by 2030, but are not very active on this issue at the moment. This is largely because few interventions offer them the opportunity to take action or make their voice heard. Most non-governmental organisations, anti-FGM/C activists, and their own Government have failed to recognize youth as key allies in efforts to end FGM/C by 2030.

We therefore call for the greater use of various youth-friendly approaches that engage and mobilise youth. The world has promised to end FGM/C by 2030. Only the world’s youth can deliver on this promise, and it is vital that we involve them in our shared vision. 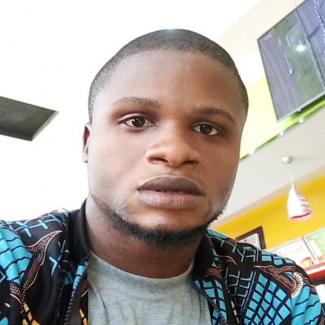 Barrister Ugwu Somtochukwu Nnamdi is a lawyer who is passionate about promoting youth and women’s empowerment. He is currently serving as the Gender Head and the Partnership’s Officer at Society for the Improvement of Rural People (SIRP). He is also the team leader of Unskilled to Skilled (U2S). U2S is an innovative Youth Economic Empowerment (YEE) platform, which exists to reduce the high rate of youth unemployment in Nigeria.

Find out more about Ugwu's work by reading his blog and following him on Twitter. 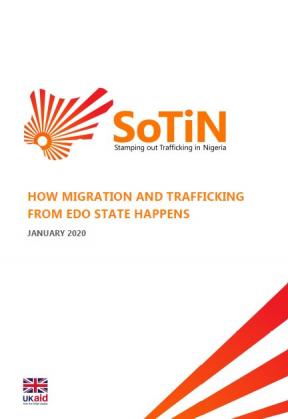 The Stamping out Trafficking in Nigeria reports

Published by: Stamping Out Trafficking in Nigeria - SoTiN, UK AID 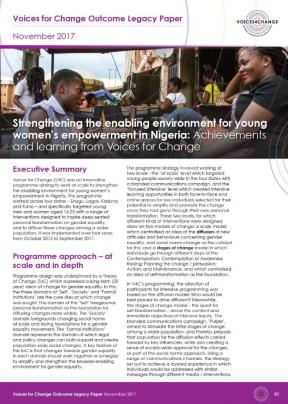 Published by: Voices for Change