The virus doesn’t understand war rhetoric: Why the ‘strong-man’ approach to COVID-19 harms us all

Many politicians have used ‘war rhetoric’ in response to the COVID-19 pandemic as a way to communicate the severity of the crisis to the public, with the virus seen as the ‘enemy’ and health workers as ‘soldiers’ in a life-or-death battle. Donald Trump, the former President of the United States, for example, positioned himself as a wartime president, declaring war on the virus.

Our everyday reality, and our perceptions of that reality, are shaped by our use of language. The linguists Lakof and Johnson argued that the use of ‘war’ is used as a structural metaphor, turning a complex and unfamiliar concept into something simple and familiar. In their now classic work: Metaphors We Live By, they describe and categorise mental domains in terms of another, with our language forming the structure for how we think about a particular topic. This, in turn, eventually shapes how we act.

This matters for gender equality, given that the historic practice of war has been gender divisive. The use of war rhetoric can carry with it political and cultural ideologies that are war-like and, therefore, lead to a war-like response to a crisis that is often aligned with patriarchal ideas of authority. We argue that this has not been the best way to communicate the response to the COVID-19 pandemic for two reasons. First, it prevents a holistic understanding of a global health crisis. And second, it naturalises gender norms that have exacerbated the challenges for women and girls.

As the ALIGN team reported in August 2020, gender norms, which reflect and mirror progress in gendered human rights, have regressed in many settings as a result of the pandemic. Women without adequate childcare have had to juggle domestic work with full time jobs, they have faced greater job losses – in part because they make up a large chunk of the informal sector – and they have taken the brunt of COVID-19 as frontline workers in the health sector.

The actual waging of war often prioritises compliance and authoritarianism at the expense of strengthening public reasoning, in line with the masculinised norms and behaviour that so often act as the normative aspect of military practise and warfare. During the COVID-19 crisis, war rhetoric by the authorities has not only been used as a form of communication but has also been accompanied by violence and aggression. War rhetoric has been linked with the use of abusive methods, with national security concerns used to limit freedoms.

We can draw on cases in some Asian countries. In the Philippines, for example, President Rodrigo Duterte suggested brutal measures to quell public protests, while the Government of India continues to demonise the year-long farmers' protests as being responsible for spreading the virus (while refusing to meet their demands). War metaphors narrow people's focus to the 'threat', often leading to their unquestioning support of often undemocratic governments.

Medical professionals are often portrayed as ‘soldiers’, a marked shift from the more feminine attributions such as care and compassion that are commonly used as moral and ethical imperatives for healthcare professionals. This is widely evident not only in western’s crisis communications (see Trump’s communication on health workers as a metaphorical army) but also across several Asian contexts such as the ‘garda terdepan perang’ (frontline of war) in Indonesia and ‘COVID warriors’ in India.

In actual wars, soldiers fight with minimum protection. They are hailed as heroes and exalted for their service and sacrifice to the nation. Positioning healthcare workers – many of them women – as soldiers in a war against COVID-19 pandemic has had implications that include putting them at risk. In India, tens of thousands of Accredited Social Health Activists (ASHAs) have been working in precarious conditions and without clarity on measures for their safety, while the deaths of health workers in Indonesia are the highest in Asia. By using rhetoric that equates a health crisis with war, and healthcare workers with soldiers, some governments have created public acceptance that the deaths of health workers are somehow inevitable and unavoidable. This, in turn, absolves those governments of any responsibility for their protection.

Research on gender and language has consistently found gender polarisation in men’s and women’s portrayals of war rhetoric, with women depicted as having feelings, in the mould of the non-partisan supporters, while men are shown as active leaders with resilience and strength. The same pattern can be seen in the communicative response to COVID-19 by some governments. For example, Malaysia's Ministry for Women, Family and Community Development’s public communication has encouraged women to cooperate with household duties and the country's Movement Control Order at the start of the pandemic specified that only the men as the ‘heads of the household’ could venture out to purchase necessities. The gender norms of the prioritisation of male-headed households threatened to erase women-headed households from the response and normalise gender power hierarchies within families. The use of this power, by men over women, could have been seen to justify the ensuing surge in domestic abuse that became a shadow pandemic.

These are just a few examples of how the use of war rhetoric as a way to convey the urgent need to contain the virus can feed into the gender stereotypes that are more natural to war. In a crisis, communication needs to balance a war-like style of persuasion with rhetoric that is nurturing, rather than destructive. The language around ‘compromising, care, and community’, which focuses on the interconnectedness of all people and collective efforts rather than fighting and beating up ‘the invisible enemy’, could have more impact by positioning the crisis as something that can be overcome by collective action on, for example, vaccine distribution. 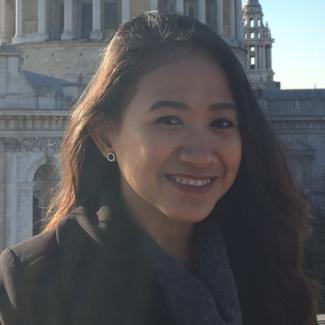 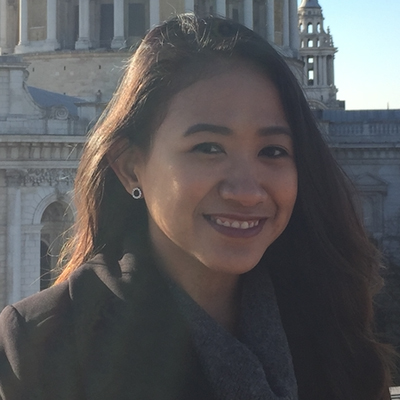 Peny Rahmadhani is a researcher and development practitioner. Her current foci of work include research in gender transformative communication, women economic empowerment, and gender equality assessment in health programme for young people. Connect with Peny on LinkedIn. 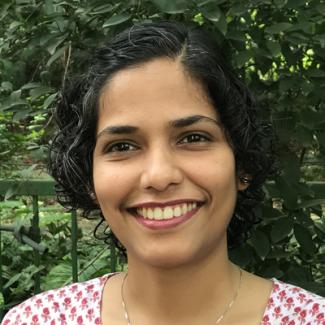 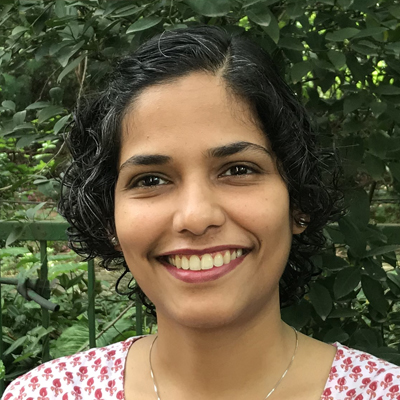 Fiona Vaz is a gender researcher with a focus on masculinity education, labour force participation, and leadership. Previously, she worked for a decade as an educator in various capacities in the development sector. Connect with Fiona on LinkedIn. 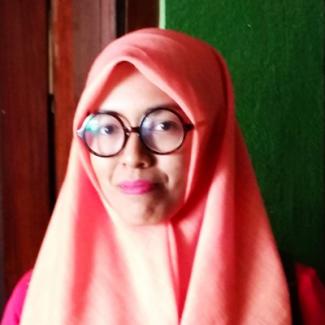 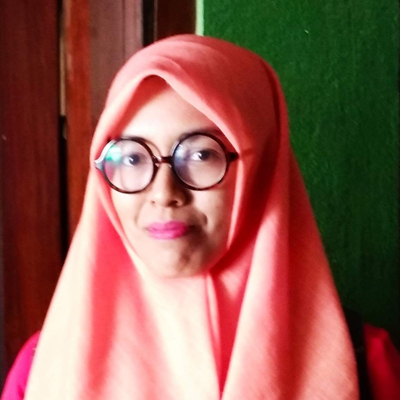 Rizki A. Affiat is a researcher and activist in the field of gender, post-conflict development and social justice. She continues working through research projects and advocacies in transnational scope. Connect with Rizki on LinkedIn. 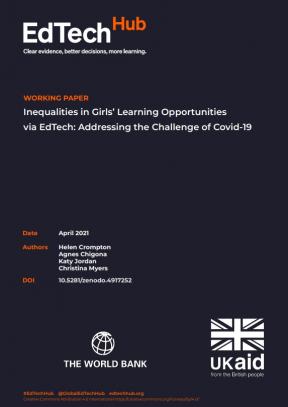 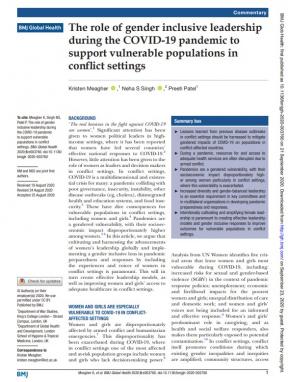