Can TV and radio change gender norms? And if so, how? 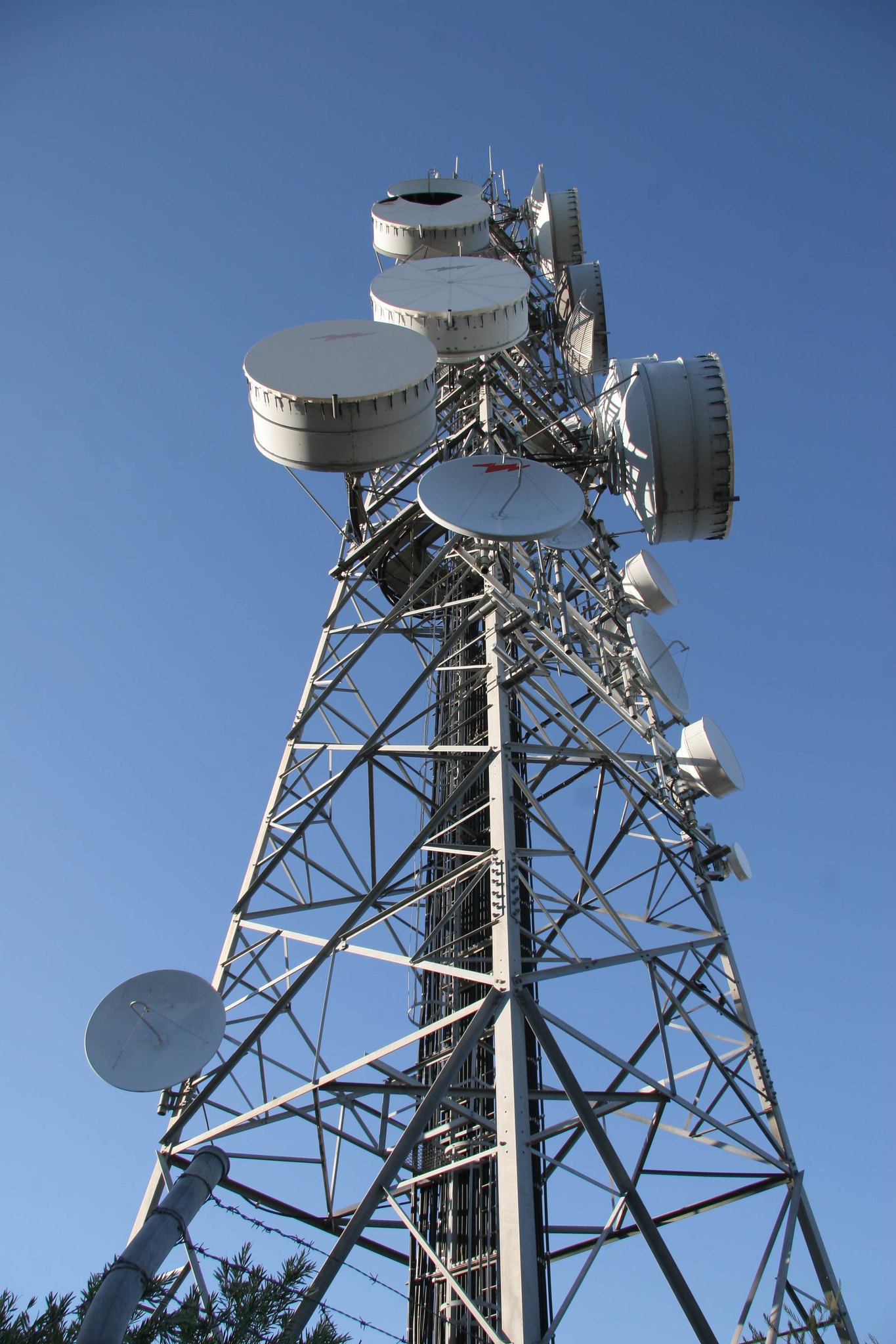 Since its advent in the twentieth century, broadcast media – television and radio – have been the most popular forms of communication and entertainment. Worldwide, according to Zenith’s Media Consumption Forecasts, we watch an average, of 167 minutes of TV each day, and TV is likely to remain the most popular form of media in the years to come. In rural areas, particularly in low-income countries, without access to TV, radio dominates: in 2012, 75% of households in low-income countries had access to radio.

Although the 21st century has been dubbed the ‘digital age’, broadcast media still have a massive influence on our lives. From advertising, public service announcements and breaking news to soap operas, broadcast media shape opinions, tastes and attitudes by selecting information and constructing stories and images for public consumption. This raises a question: if broadcast media can do all this, can it also change gender norms?

As previous ALIGN and ODI research has shown, education entertainment (or ‘edutainment’) has targeted gender norms over the years. In India, for example, Poonam Muttreja developed the TV series Main Kuch Bhi Kar Sakti Hoon (MKBKSH): ‘I, A Woman, Can Achieve Anything’, which uses a role model (a ‘positive deviant’: Dr Sneha Mathur) to promote women’s rights, and men as allies. The programme, aired by the public broadcasters Doordarshan and All India Radio, reaches over one million viewers per episode. However, its success goes beyond its popularity. It has generated tangible change in gender norms, with men becoming more empathic partners, and women saving money for their education instead of dowries to mirror characters in the programme.

Other examples of edutainment programmes that use role modelling include AdhaFull and Full on Nikki (FON) in India; Don’t Respond to Strangers in China, which tackles domestic violence; and Shuga 3 in Nigeria, which aims to reduce such violence and risky sexual behaviour. All of these programmes are  influential and all aim to change norms. But they represent only a fraction of a broadcast media sphere, which is dominated by commercial programming.

So, what about commercial media?

Commercial media are also shifting to represent changing norms and promote new norms. By showing new and different lifestyles, commercial TV, in particular, can shape what is seen as the ideal. For example, La Ferrara et al. show how the portrayal of ‘a very specific model of family in the popular 8:00 p.m. novelas in Brazil contributed to a 4-percetange point fall in the fertility rate from 1960 to 2000. The absence of government policies, campaigns, or programmes on family planning during this period lends weight that the novelas had an impact by generating new aspirations around class and gender.

The problem with commercial media, however, is the construction of a so called ‘desirable’ lifestyle that may not be achievable. If edutainment is to drive norm change, the norms on screen need to be positive deviants, but not unimaginable and not discriminatory in their aspirations.

Commercial media can also change gender norms by promoting new norms explicitly. Heya TV, which targets women in Lebanon, aims ‘to address the position of Arab women through its various programs catering to diverse tastes among diverse women, from career to the stay-at-home woman, from the old to the young, and from the religious to the secular’ (Matar, 513). The programme’s interactive format (using soundbites from interviews on the street) enables women to discuss taboo topics, as they do on its talk show Al Makshouf (In the Open). This models progressive women (the host, the experts, the special guests); provides new and relevant information on rights and health; and creates a new imagined community where women participate, all of which may ultimately snowball into gender norm change.

Public backlash against the imposition of new norms

A recent trend in the advertising sector, ‘femvertising', aims to counter stereotypes  and share empowering messages. The most famous example was Dove’s Real Beauty Campaign. The effectiveness of such campaigns is debated, with critics condemning campaigns from large multinationals as meaningless without related institutional reform (for example, the promotion of women behind-the-camera and within the company, among other corporate social responsibility initiatives). And campaigns have generated backlash from the public in reaction to their explicit endorsement, promotion and representation of new norms. Viewers have their own pre-existing beliefs and attitudes and are not a blank slate that is just waiting to be shown a new norm. As a result, new representations that stray too far from the existing gender norm can actually strengthen that norm.

Take, for example, Gillette’s 2019 ‘We Believe in the Best in Men' campaign, which featured men intervening to end bullying, sexual harassment and violence. The online reaction was  overwhelmingly negative, with many seeing the campaign as  stereotyping and insulting to men. Rather than welcoming the advertisement for promoting positive masculine norms, most of those commenting online reinforced their allegiance to traditional notions of masculinity – dominance, stoicism and power over women – according to a comprehensive study by Bogen et al. It seems that some norm change, as stimulated by media, happens more subtly and incrementally then is commonly understood.

Most broadcast media still under-represent women and girls, and when they do appear, they play highly stereotyped roles. In the news, for example, women make up only 24% of the ‘persons heard, read about or seen in newspaper, television and radio news’ globally (the Global Media Monitoring Project, 2015 ). In commercial broadcast media, male characters outnumber females: 59.8% of American advertisements feature men, while only 39.9% feature women. Stereotypical representation only reinforces harmful norms about women, who are often shown as sexualised, voiceless and passive.

Clearly, the broadcast industry has some way to go on positive representation of women and girls in all their diversity – the first step in its contribution to norm change. The same is true for the academic world analysing broadcast media, which needs to diversify its enquiries to look beyond what is, at present, a largely US-centric viewpoint, to explore the many forms of broadcast media individuals consume around the globe (as can be seen in ALIGN's upcoming annotated bibliography on this subject).

What can be done?

While ‘femvertising’ and counter-stereotypical portrayals are on the rise, other initiatives, like that of South Africa’s T-Systems, focus on representation quotas within the media sector. These mandate a minimum of 30% of women in the workforce and 30% of women at board level, as well as the introduction of various forums and working groups to support women. Internal reform matters, given that broadcast programmes with women behind-the-scenes are less likely to portray gender stereotypes. When women have the chance to represent diverse livelihoods and existences, and shape on-screen messages, ideals and values, the representation of women and girls has more potential to change norms.

Broadcast media have the potential to broaden the horizons of what constitutes the gendered norm, or what is seen as acceptable. But its efforts to change norms must be modelled with great care and must be accompanied by other opportunities to put the new norms into practice. 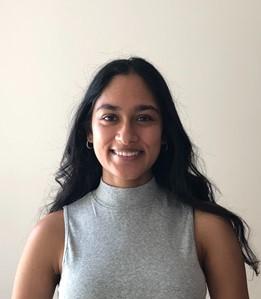 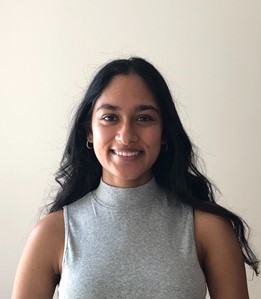 Faria A. Nasruddin is an AM candidate in Middle Eastern Studies at Harvard University. Her research focuses on gender norms in conflict and post-conflict societies; feminist thought, ideologies, and visions; and women’s socio-political involvement in the Middle East and South Asia. Her publications include book reviews in Al Raida and Politics and Gender, and a forthcoming annotated bibliography for the ALIGN Platform. Find her online at LinkedIn and Academia.edu.