How media can shape social and gender norms 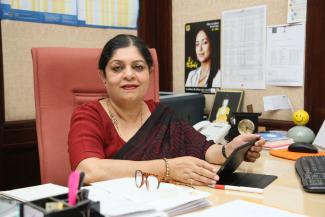 Forty years ago, when I started my professional journey, I strongly believed that the circumstances of underprivileged women could be changed through investments in education and skill development. My growing experience in the field changed this perception as I realised that the dice was totally loaded against women.

Even though girls tend to perform better than boys in school examinations, it is boys who find it easier to find jobs. Female labour force participation has dropped from 36.7 percent in 2005 to 26 percent in 2018, with 95 percent of women employed in the unorganised sector or in unpaid work. The inevitability of marriage and a caregiving role are huge stumbling blocks to women’s autonomy.

Economic independence and social class are also no safeguards against violence. In fact, according to India’s National Family Health Survey of 2015-16, a larger percentage of women than men believed husbands were justified in beating their wives under certain circumstances. For women in many parts of the country, individual ‘identity’ is still an alien concept. Women can barely introduce themselves by their first names, as their own perception of themselves is being the daughter, sister, wife or mother of a male member of the family.

63 million girls have been killed through sex selective abortions, and son preference has resulted in 21 million ‘unwanted girls’, according to the Economic Survey of 2018. India continues to have the highest number of child brides in the world, although 70 percent of the 80 million teenage girls in the country surveyed in a recent study said they don’t wish to be married before they are 21.

With years of reflection on my experiences, I realised that the most concrete way of empowering women is by giving them control on their reproductive rights. Legislating and providing services is not enough, because women simply do not have the ability or freedom to act on their intentions. Societal norms look down upon women who negotiate contraception and a woman’s status in the family and society is guaranteed through the fulfilment of her progenitive role.

Clearly, regressive social norms prevent women’s mobility and freedom of choice - whether they are educated or illiterate, whether they are earning or homemakers. This has led me to work on changing the narrative by changing social norms. Initially, the challenge was to find a way to deliver positive messages to millions across the country in a non-threating manner – and the solution to it came with Main Kuch Bhi Kar Sakti Hoon - I, A Woman, Can Achieve Anything (MKBKSH), a television series I co-conceived with theatre and Film Director Feroz Abbas Khan.

MKBKSH is the story of Dr. Sneha Mathur, a doctor who gives up her flourishing practice in the city to transform the lives of people in her village. MKBKSH promotes women’s rights and men’s role as empathetic partners. The series was shaped after extensive field research and from change stories of ordinary people gathered using the positive deviance approach (a method based on observing positive deviants or individuals in a community whose uncommon but successful behaviours or strategies enable them to find better solutions to a problem than their peers, despite facing similar challenges and having no extra resources or knowledge than their peers).

Over 2 seasons, with 131 episodes, MKBKSH has reached millions across India through India’s public broadcasting networks Doordarshan and All India Radio. More importantly, the series has shown success in shifting attitudes among viewers. For instance, a group of men from a village in central India, who were habitual wife-beaters, transformed into empathetic partners after watching MKBKSH. Inspired by the television show, a young girl plucked the courage to convince her parents to not force her into marriage, but invest money saved for dowry in her education by becoming the first girl in her village to ever go to college.

MKBKSH is back with its 3rd season, and is getting an average of about 1 million viewers per episode. 200,000 fans have already called in on the show’s Interactive Voice Response System (IVRS). Their messages say that the show and its lead character has inspired them to educate their daughters.

I have witnessed the metamorphic strength of storytelling using entertaining content and the impact it has created. Inspired by the series, as more people in the audience willingly inculcate novel behaviors in their daily lives, the norms across communities begin to shift creating a new normal. Although we still have miles to go, I am convinced of entertainment education as a tool for social transformation. I may sound like a dreamer, but I hope to see the day when every girl, every woman believes she can achieve anything.

About the author - Poonam Muttreja 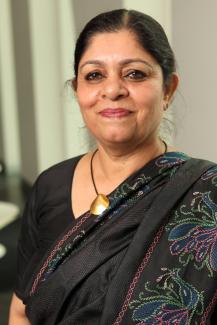 Poonam Muttreja is Executive Director at the Population Foundation of India (PFI) and has over 35 years of experience in promoting women’s health - reproductive and sexual rights, rural livelihoods, public advocacy, behaviour change communication. She co-conceived and promoted the transmedia initiative, Main Kuch Bhi Kar Sakti Hoon - I, A Woman, Can Achieve Anything. She is an alumnus of Delhi University and Harvard University’s John F Kennedy School of Government.