Measuring gender norms is very difficult. There is no consensus-based scale on which to measure their intensity. People may obscure or misrepresent what they believe; moral attitudes and group identities are also highly dynamic, changing in response to socioeconomic circumstances.

Social scientists use a wide range of quantitative and qualitative approaches to identify and measure social norms. Sociological surveys pose hypothetical moral situations and elicit responses about what constitutes appropriate behavior. Economic experiments assess laboratory responses to positive and negative incentives. Anthropological studies directly observe how people act towards others. Many researchers simply ask people to describe their attitudes towards different topics. These approaches are valuable and have greatly improved our understanding of culture, but they suffer two major weaknesses. First, no standard for quantitatively measuring beliefs, across cultures and over time, has emerged. Second, these approaches are generally used for cross-sectional study; conducting such research at a high enough frequency to understand cultural change is expensive and logistically difficult.

Big data may be able to fill this gap. Big data is digital information passively generated by human social and economic behavior, and often available at high resolution in both time and space. Data2X’s recent publication Big Data and the Well-Being of Women and Girls details how several types of big data, especially data generated from cell phones, social media platforms, and geospatial imagery, are already improving our knowledge about the lives of women and girls worldwide. For example, one of the projects profiled used Twitter posts from four countries—the United States, the United Kingdom, South Africa, and India—to explore how men and women vary in their expression of ideas and emotions. The research focused particularly on disclosures of mental illness but also discerned differences in cultural norms, finding that men were more hesitant in seeking social support and women were less likely to express negativity.

Another recent study also used computer-automated analysis of Twitter data to explore attitudes towards sexual relationships between younger women and older men in South Africa. Although the automated process performed only moderately well at correctly interpreting sentiment, the approach scoured massive amounts of data, far more than would be possible manually. On an even larger scale, another research team mined the complete text of 4% of all books ever printed over the last two centuries, using the Google Books digital corpus to quantify word frequencies. They found compelling patterns in the rise and fall of cultural ideas. While they did not focus on gender explicitly, their work could clearly be extended to gender-relevant topics; indeed, their “culturomics” approach is transforming many subfields in historical sociology. A host of researchers have also examined gender norms on Facebook, although much of this work is concerned with online culture itself . Others have looked at how gender affects digital identity and behavior, focusing especially on the structure of social networks, how users present their self-image, and the effect of online activity on self-reported well-being.

These studies are pioneers at a time when the use of big data to measure gender norms is still in its infancy. To move forward, four questions stand out as priorities for future big data gender research. The first two address the measurement of culture itself:

1. How can individual beliefs about typical and appropriate behavior, especially in gendered interactions, be accurately measured? Which theoretical and technical advances are needed—in computer science, linguistics, and the underlying cognitive science—to move from simple sentiment analysis to more complex forms of categorising mental states, not only in text but in images?

Two further questions ask how to unlock the potential of digital data to inform real-world interventions:

3. What encourages people to share data? What types of security protocols and/or incentives are needed for individual users—the ultimate owners of social network data—to be willing to share this data with researchers? What degree of anonymisation would meet the ethical standard of privacy protection while allowing researchers to reach scientifically valid conclusions about cultural change?

4. How can gender interventions use results from digital studies to change norms? Does information obtained from digital studies imply the same theory of norms change that development practitioners currently employ? Or do the biases that may exist in digital data—for example, an overrepresentation of urban and higher-income users—necessitate different intervention strategies?

Answering these questions will require close collaboration between communities, gender policy experts, and big data researchers, including academic scientists, internal research units of private companies and non-governmental organisations, and national statistical bureaus. Foundations and public agencies must also be willing to fund frontier research, much of which will fail. The road ahead will be challenging, but the potential of big data to transform our knowledge of culture and catalyse gender equality across the world is profound. 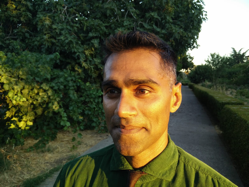 Bapu Vaitla is a visiting scientist at the Harvard School of Public Health, a visiting lecturer at the University of California-Davis, and a fellow studying gender inequality with Data2X. His core interest is the relationship between human cooperation and child well-being: why people decide to work together (or not) for mutual benefit, and the effects of these decisions on public policy, cultural change, and ultimately the lives of children. He was born in India and grew up in California. He holds a BA in Nature and Culture and an MS in International Agricultural Development from UC Davis, as well as a PhD in international relations/political economy from Tufts University.