Note: This blog has been translated from French so many of the references are in French language 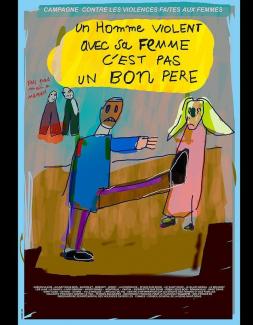 "The girls here are married off, and when they fall ill, their husbands won't let them come to hospital" (midwife)

"If a child is unwell, why should a woman come and make an exhibition of the child at the hospital? It's shameful. Other people will think the head of the household doesn't provide for his family." (women's groups)

A theme common to all this testimony is the violence suffered daily by Chadian adolescent girls and women. But these accounts also illustrate how women and men are subject to the gender norms which govern the attitudes and behaviour of their community members.

What are gender norms?

Every human being, regardless of his or her sex, comes under pressure to conform to gender norms, "meaning the behaviour and attitudes which society expects from people of that sex". In Chad, fathers marry off their adolescent daughters as soon as they reach menarche (puberty), 'because it is the norm', although the country's constitution prohibits child marriage. Gender norms also dictate that it is the husband who decides whether his wife is allowed to receive medical care or take their children to hospital.

Social norms - the (implicit) set of behavioural rules imposed on a social group - are shaped by the values, attitudes and behaviour patterns which society views as 'masculine' and 'feminine.' The concept of gender, and how people’s gender identities are constructed, is key to understanding how this happens. Moreover, the transgression of gender norms reflects a power imbalance between men and women, to the detriment of women and girls. But gender norms can also prove negative for boys and men who (are compelled to) conform to them - or choose not to (for example, their mental health may be negatively affected).

Norms and their role

A way of coordinating action:

An expression of local beliefs:

An expression of cultural or religious values:

A means of upholding the social order:

Source: Adapted from Marcus and Harper, 2015

Gender rules are attracting increasing attention because their influence is often negative in a wide range of development fields like health, education, economic development and general wellbeing. However, most of this literature is in English. Knowledge is shared within academic disciplines (social psychology and anthropology) and English or French-speaking development communities, but rarely between them. This means French-speaking development workers do not benefit from the lessons on social norms in English-speaking aid programmes, which are often more advanced at integrating gender-related issues in different sectors. On the other hand, the English-language literature includes very little material on the impact of norms in South American contexts; still less in Francophone Africa. 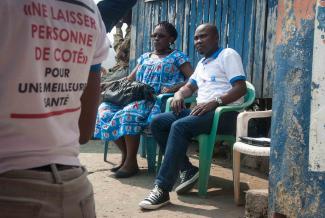 They represent disastrous health hazards for adolescent girls
Globally, child marriage affects one girl in five. Female genital mutilation and excision affects more than 80% of girls in Egypt, the Central African Republic, Somalia and Chad. There also exists a taboo surrounding menstruation in all societies. All these gender norms do serious harm to the reproductive health of adolescent girls. Premature marriage leads to complications during pregnancy and childbirth, and these complications are the main causes of death in girls aged 15 - 19 in developing countries. Premature pregnancy may also cause obstetric fistulas: a devastating injury where holes in the vagina cause continuous incontinence. Women with this condition are often stigmatised and experience social rejection. Médecins Sans Frontières estimates that two million women worldwide live with a fistula, but the true scale of the problem is hidden, because most of the young women affected are in poor and remote regions, mostly in Africa, and have no access to maternity healthcare services.

They imply gender-based violence
Sociological research shows that gender roles become more differentiated during adolescence. Gender-based discrimination often takes violent forms. Worldwide, 30% of adolescent women aged 15 to 19 suffer violence from an intimate partner. Women often stay in violent relationships through fear of reprisals, because they are worried for their children, because they have no economic alternatives elsewhere, because their families do not accept divorce, or because they hope their husbands are going to change. In Madagascar, a report by the United Nations Committee for the Elimination of Discrimination against Women (CEDAW) has found that cases of violence generally go unreported, because domestic and sexual violence seems to be socially accepted and hushed up. Perpetrators go unpunished and there is no legislation criminalising domestic violence. There may also be a lack of trust in the courts.

They limit girls' access to education
In Sub-Saharan Africa, seven out of ten girls finish primary school, but only four out of ten complete lower secondary education, according to a recent World Bank Report. In communities whose gender norms lay great emphasis on the pre-matrimonial virginity of adolescent girls, as in the Sahel, parents withdraw their daughters from school to avoid the risk of pregnancy or sexual assault and thus preserve the family honour.

They limit economic opportunities for women
Young women are entering the labour market in growing numbers, but this does not necessarily lead to their economic and social empowerment. The norms which assign most domestic chores to women contribute to unequal workloads and tie women to low-paid sectors and jobs. When members of the family or community, or colleagues at work, question the good standing of women in roles traditionally perceived as male, this maintains the division of labour. For this reason, it is essential that development projects seeking to support income-generating activities for women should take account of the influence of gender norms. Otherwise they risk increasing the burden of work on women or sparking reprisals from those around them. 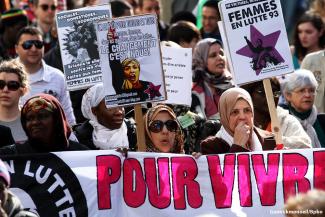 Many gender norms are rooted in religious and ideological convictions. They serve to maintain the established order, eliminate uncertainty or consolidate the power of hierarchies (for example, norms which make the man the head of the household, harness women to domestic chores and socialise boys and girls to follow their parents in these roles). Such norms are especially hard to change when they have the backing of religious institutions, schools, the media or political movements which seek to preserve traditions or are openly hostile to the principle of equality. But these institutions may also often encourage change.

Other norms, rest on shallower foundations and depend on social factors and trends which are prone to rapid change. Factors driving changes in gender norms include economic development, which creates new job opportunities. Others are migration and increasing urbanisation, which alter communities’ social fabric, as do disasters and other humanitarian emergencies (but not always). The sharing of information and knowledge is also greatly facilitated by the global improvement in school attendance rates and access to new technology, while social and political movements gain an online presence.

A recent review of social norms and women's economic empowerment underlines that the attitudes of men and adolescents to the distribution of domestic tasks are starting to change in countries such as Tanzania and Rwanda. Some men are helping their wives look after the children or carry out domestic tasks during specific circumstances, such as pregnancy or menstruation. On the other hand, there is a noticeable gap between what men agree to do in their own homes and their attitudes in public, where they conform to community expectations. This illustrates how individuals can yield to social norms which they do not personally accept, because the judgment of others carries greater weight.

First, the impact of discriminatory gender norms must be given a much higher profile as a development issue. Thus it will receive greater attention from development researchers, practitioners and donors. Another crucial factor in promoting change is to understand better how individuals, institutions or social movements influence people's behaviour, either by leading the way (e.g. religious leaders) or by sharing new ideas (such as films which overturn stereotypes).

Secondly, development programmes must learn from approaches which have proved successful in dealing with discriminatory gender norms (see table below). The literature shows that effective strategies are those which give people time to discuss and absorb new information and ideas, and the freedom to adapt these to their own contexts. Ultimately it takes a combination of all these approaches to change perceptions of what other people approve or disapprove and establish gender norms more compatible with human rights.

Approach: Legislate for change
Strategy: Amend laws and policies to promote the principle of equality and punish human rights violations
Examples: The Marriage for all Law of 17 May 2013, which allows same-sex marriage in France.

Approach: Improve living conditions
Strategy: Contribute to changes which transform the settings in which people live, improving access to basic services such as running water, education, health and family planning
Example: Joint Barefoot College and WWF project in Madagascar to train illiterate grandmothers as solar power engineers, who supply electricity and lighting utilities to the other villagers.

Approach: Influence opinion leaders
Strategy: Change norms among and with people in positions of power, who influence the lives of adolescents. These include parents, teachers, community and religious leaders and politicians
Example: Training workshops to brief traditional chiefs and religious leaders in West Africa on property legislation, inheritance and women's property rights.

Approach: Supply information and enhance knowledge
Strategy: Supply information that questions local or cultural beliefs and promotes understanding of the risks associated with harmful social norms and their consequences for health, economic development and social cohesion
Example: Campaigns against deaths in childbirth and repositioning of family planning and AIDS/HIV prevention in the Lake Chad region, using mobile clinics to provide information and health services to isolated regions riven by conflict.

Approach: Change behaviour by promoting new norms and/or criticising norms which are causing problems
Strategy: Coordinate discarding of the old norm and adoption of a new norm by joining in community dialogue and using mass media or even economic incentives. Focus on the positive gains from the new norms
Example: In Cameroon, squads of local young people and members of the educational community from within schools have formed to denounce child marriages, identify people at risk of forced marriage and persuade parents to change their ways.

Approach: Promote individuals or movements that play an exemplar role
Strategy: Cooperate with social organisations which work to promote more equal norms; support the aspirations of individuals who transgress harmful norms, by focusing on the positive changes which this may bring about
Example: Study grants for girls, to help them continue in education to the highest level, especially in traditionally male-dominated academic disciplines.

Approach: Support attitudes which try to transgress harmful norms
Strategy: Support self-help networks so that individuals can enjoy moral or material support from people who share their opinions or suffer the same stigmas
Example: The British Council's Active Citizens programmes  help young people to acquire skills of leadership, communication and safeguarding of rights and to undertake social action projects to the benefit of their communities.