Social movements are key agents of social and political change, especially in transformations towards gender justice.

This ALIGN report reviews current literature from around the world on women’s leadership and their participation in feminist and social movements, exploring their contribution to gender norm change. Drawing on evidence largely from Latin America, Northern Africa and Middle East, as well as the rest of the African continent, South and Southeastern Asia, the report outlines the ways in which women-led social movements contribute to transforming patriarchal norms.

Women's and feminist movements do important work in their contexts to initiate societal transformations towards equality and justice. To bring about change, activists primarily occupy public space, lobby governments, create alliances, and appeal to international regimes to pursue legal or policy change. They use an array of tactics to raise awareness, including artistic performances, providing services and running educational workshops and even the #FeministStrike. These are most likely to be used to contest and renegotiate gender roles and relations.

Our research suggests that women’s political mobilisation has an important impact on gender norms. The report argues this is achieved through two main pathways:

Another key finding is how women's and feminist movements frame their struggles tends to result from negotiations between diverse constituencies of women within a given movement. Also, social movements tend to find most success when they ‘vernacularise’ – or adapt – their struggles to local contexts. 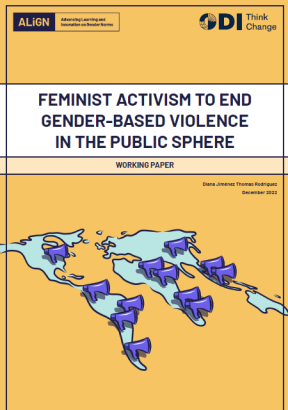 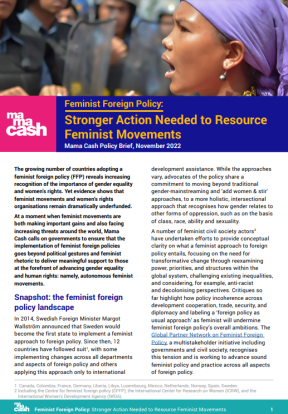