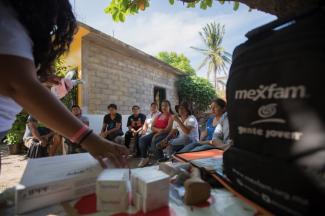 We chose a qualitative approach to gain insights into what a process of change might look like among participants and how the intervention might trigger shifts in gender norms. While participants described their lives in interviews and focus groups, topics related to social norms often emerged naturally – something that might not have happened in response to direct questions. The interviewer and focus group facilitators were able to probe on these topics and ask questions designed to explore any ways the programme had influenced participant personal beliefs and understandings of social norms. They also asked about any changes in attitudes and behaviours that young people had seen in their classmates or in classroom dynamics. The interviewer also asked follow-up questions about how participants described the role of the programme in relation to those changes.

We also gathered longitudinal data using monthly in-depth interviews during and after the programme. This approach was time consuming, but it had four key benefits. First, interviewees appeared to build trust with the interviewer over months of contact and become more prepared to share personal stories. Second, repeat interviews enabled us to follow-up on topics that had surfaced in prior interviews. Third, frequent meetings with the students taught us more about their daily lives. Fourth, we could learn about both gradual changes and ‘tipping points’ that might not emerge in a one-off interview or through questionnaires carried out only at the beginning and end of an initiative. 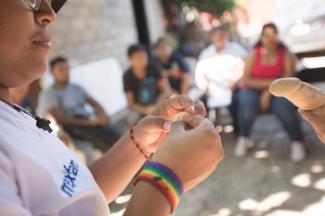 This combination of in-depth, qualitative, retrospective and longitudinal data collection helped us gain a better picture of how the intervention appears to have triggered shifts in gender norms for both individuals and groups. At the individual level, we learned that specific course activities generated critical reflection among participants, such as questioning whether jealousy and possessive behaviour in a relationship were signs of love. At the group level, we learned about the types of discussions that young people were having during the course and how those shaped classroom dynamics. For example, some students described how debating gender roles in class allowed them to negotiate the rules of behaviour that govern the group, such as defining aggressive sexist commentary in class as a negative behaviour.

It is too early to assess the programme’s medium- to long-term impact. However, the final in-depth interviews we conducted two to three months after the programme suggest that many participants had retained its information and ideas. Some participants in repeat interviews talked in ways that suggest they had sustained shifts they had described in their earlier interviews, whereas others talked about their beliefs differently over time. For example, one participant said in an early interview that he used to think that jealousy in relationships was acceptable but that the course had changed his views. In another interview, more than a month later, he said he had always believed that jealousy was bad. This example highlights another potential benefit of longitudinal qualitative research: the opportunity to learn about change as it was happening rather than after it had taken place. It also illustrates the challenges of examining a subject as complex and intangible as social norms. 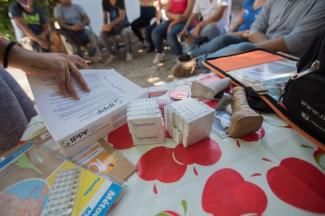 This study in Mexico was funded with the support of Mr. Stanley Eisenberg.

Shelly Makleff’s research focuses on sexual and reproductive health. Her work spans gender-based violence, comprehensive sexuality education, abortion, stigma, HIV/AIDS and sexual diversity. She has worked over the past 15 years throughout Latin America and the Caribbean, with additional projects in Asia, Africa and Europe.

Shelly is completing a PhD at the London School of Hygiene and Tropical Medicine (LSHTM), where her research explores the collaborative evaluation of social interventions in low- and middle-income countries, building on fieldwork in a Mexico City school.

You can find out more about her work at makleffconsulting.com.

Cicely Marston is Professor of Public Health in the Faculty of Public Health and Policy at the London School of Hygiene and Tropical Medicine. Her research interests include interdisciplinary research on sexual and reproductive health, particularly of young people, and community participation in health. She has an overarching interest in methodology, particularly in developing methods to investigate complex social interventions.

She leads the DEPTH research group, and co-leads the 'A' (Adolescents and Young People) Theme of the large, cross-faculty MARCH centre. 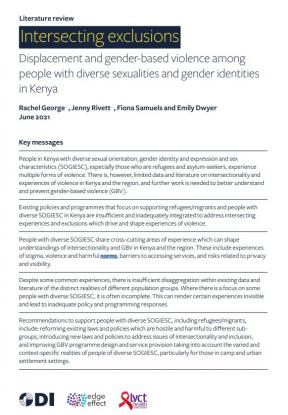