Implications of gendered behaviour and contexts for social mobility in the USA: a nationally representative observational study

Published by: The Lancet

Background
We constructed measures of an individual's gendered behaviour and their gendered environment to investigate the salience of gender norms during adolescence for social mobility during the next decade of life.

Methods
In this nationally representative observational study, we collected individual-level data from the National Longitudinal Study of Adolescent to Adult Health (Add Health), which enrolled a cohort of nationally representative school students aged 11–19 years from across the USA and followed them up for 14 years (ie, to age 25–33 years). We characterised gendered behaviour for adolescents in a performative sense via self-reports of behaviours and beliefs. We aggregated this individual-level measure to create a proxy measure of an individual's social context by taking averages for an individual's peers of the same sex and school year.

Interpretation
Gender, when measured as a set of gender-distinct behaviours in adolescence, was associated with differential patterns of social mobility from adolescence to young adulthood. Moreover, variation in an individual's local gender norms has implications for subsequent socioeconomic attainment, especially for male adolescents. These findings have potential implications for observed health disparities. 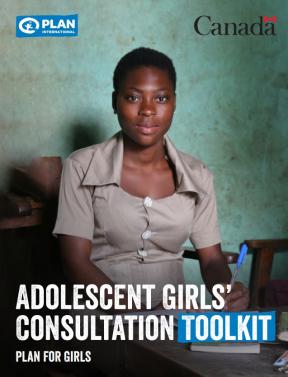 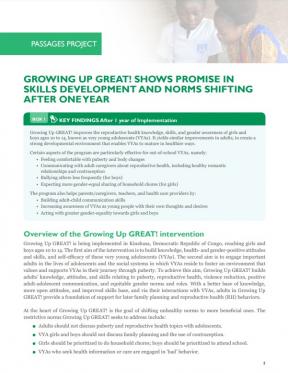 Passages project 'Growing Up GREAT!' shows promise in skills development and norms shifting after one year 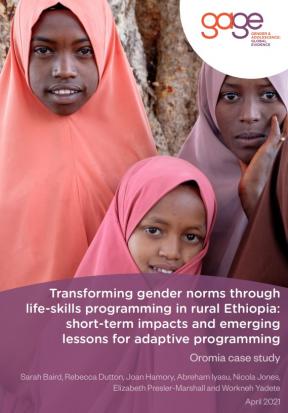