Skip to main content
A nurse checks the temperature of a patient at Redemption Hospital in Monrovia, Liberia. © Dominic Chavez/World Bank

How gender norms play out in the Covid-19 response

By now you are probably aware of the gendered nature of COVID-19. Every day there are news articles about how more men are dying than women, or how the social and economic damage of COVID-19 will hurt women more than men. Meanwhile, there has been little discussion on the impact of COVID-19 on gender minorities. One thing we do know for certain, however, is we don’t yet have all the answers – many countries are not yet reporting sex disaggregated data and, in truth, we do not know how men, women, and people of other genders will be impacted differentially by COVID-19. Evidence from past epidemics – such as Ebola and Zika – however, may signal what is to come. The impact on men, women, and people of other genders will vary, and it will be inequitable.

We can see how gender is playing out in real time through the different response efforts – in particular how national responses to COVID-19 reflect existing gender norms. There are three main ways in which these inequitable norms are mirrored in response efforts, either through ignoring them, reinforcing them, or challenging them.

In many instances, there has been a lack of any recognition of the gendered nature of COVID-19. We see this through the lack of sex-disaggregated data at the national and international level and the lack of consideration of the different needs of – and impact on – men and women during the response. There has been a complete absence of any consideration of the distinct needs of sub-groups of men, women, and people of other genders, including people with disabilities, racial minorities, and people on lower incomes.

The lack of a gender lens puts people who are already vulnerable, including women and girls, at risk. Orders to socially isolate and stay at home are putting women at increased risk of domestic violence. The closure of schools and daycare centres is increasing their domestic burden within the home and lowering their overall productivity. And the massive laying off of workers puts those in minimum- and lower-wage jobs, most of whom are women in many contexts, at risk of poverty. Not only is the lack of a gender-integrated COVID-19 response putting women at risk, it is also exposing and reinforcing existing inequitable gender norms – such as gender gaps in housework, wage gaps, and other divisions of labour.

While many countries have ignored gender entirely, some have reinforced inequitable gender norms by taking an explicitly gendered – and retrograde – approach to their response.

The Malaysian Women’s Ministry originally advised women not to nag their husbands during lockdown, refrain from being ‘sarcastic’ when asking for help with household chores, and has urged them to dress up and wear makeup while working from home. By only allowing ‘the head of the family’ to leave the house to shop, the Government has also reinforced gendered patriarchal norms around who is the head of household. The Ministry eventually apologized for the #WomenPreventCovid19 ‘tips’, but their posting in the first place reveals how deep gender stereotypes prevail in some state institutions.

Other countries restricting movement and activities by gender include Panama, Colombia, and Peru, each of which have alternated which days men and women are allowed to leave the house to complete essential activities. Peru’s gender-based lockdown measure lasted one week after proving impractical. Interestingly, on a recent webinar by the International Association for Feminist Economics, Jeanine Anderson from the Catholic University of Peru stated that the consultant who proposed this approach said that he was defeated by ‘cultural patriarchal norms’ around who is expected to do the domestic labour. As a result, women were forced to gather in large groups on their designated days to do their shopping and other related tasks, putting them at increased risk of exposure. The measure also received criticism from activists worried about how the enforcement of such measures would lead to greater discrimination against the transgender community. Such concerns were reasonable, given that  a transgender woman was fined for violating Panama’s gender-based COVID-19 rules.

While few in number, responses in some other countries have seen COVID-19 as an opportunity to challenge and change inequitable gender norms. In Mexico, men are being told to pitch in with housework. Other countries, including France, Italy and Spain, have responded to the surge in domestic violence cases by expanding access to services for survivors through grocery stores and pharmacies.

Much of the messaging around gendered approaches to COVID-19 explores how response efforts can address gender equality. Many of the recommendations advocate for ways in which response efforts can actively seek to challenge and change inequitable gender norms not only during the pandemic, but into the future. What is certain is that the way in which gender is incorporated into COVID-19 response efforts will determine whether this pandemic is treated as an opportunity to create a more gender equitable society, or as a mechanism through which inequitable gender norms are reinforced and exacerbated. 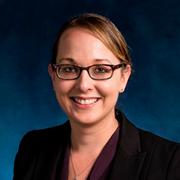 Rosemary Morgan, PhD is on faculty within the Department of International Health at the Johns Hopkins Bloomberg School of Public Health (JHSPH), Baltimore, MD, USA. Her research focuses on gender and gender analysis related to health and health systems. She currently leads the Sex and Gender Analysis Core for the NIH funded Sex and Age Differences in Immunity to Influenza Center at JHSPH and co-coordinates the Gender and COVID-19 Working Group. 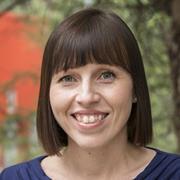 Both are members of a team conducting research on the gender impacts of the COVID-19 outbreak and response funded by the Canadian Institutes of Health Research under grant OV7-170639.

Gender norms and the coronavirus

The virus doesn’t understand war rhetoric: Why the ‘strong-man’ approach to COVID-19 harms us all
Authors: Peny Rahmadhani, Fiona Vaz, Rizki A. Affiat