Gender-equitable laws and policies meet resistance on the ground: findings from Uganda and Nepal

Critical gaps remain in efforts to combat discriminatory norms and practices in Uganda and Nepal, according to research conducted as part of a History and Change research series. The research has asked women in both countries how they have experienced and challenged gender norms over time.

Participants acknowledge real gains in women’s lives as gender norms shift through concerted efforts to promote principles of gender equality at national level. However, they also highlight major obstacles to the application and acceptance of such principles on the ground, citing weak implementation of progressive laws and policies, strong currents of ‘cultural’ resistance, and persistent disparities among different groups of women. The findings reinforce the need for national movements to promote inclusive development at grassroots level and greater efforts to build systems to implement and enforce progressive policies.

Gender-equitable laws and policies have supported wide changes in harmful gender norms in both countries. More girls are in school – and at higher levels – as their educational opportunities expand, as the value of their education is increasingly recognised and as parents see the need to educate their daughters as well as sons. More education for girls means more economic options for women. Their participation in politics and public affairs is gaining traction through policies to counter traditional norms of male power and authority. Sexual and reproductive health services have improved and women have more control over their fertility, as well as greater freedom to make their own choices about marriage.

But progress on gender norms has been patchy in both countries, and has faced strong resistance from what participants identify as the power of ‘patriarchy’.

‘Something is simmering below the surface and it is patriarchy.’

‘Women thought that now that we have these rights, they can never be taken away from us. We became complacent and that is when our rights have started to erode. …. And now the Court has stopped showing us bills in advance – they pass them ‘through the back door’ before they can mobilise public discussion on them. This is because the government feels threatened by women.’

Participants suggest that patriarchy is deeply rooted in the socio-cultural norms of the family and is transmitted through public and private discourse to be internalised by girls and boys, women and men. It is often propped up by laws that resist change (such as those related to inheritance and property and – in Nepal - citizenship), by religion and politics, and – at times – by sheer force.

Study participants in both countries point to a disconnect between progressive laws and policies and the reality on the ground, where implementation and enforcement are weak. This is linked to lack of awareness, but is also about a lack of capacity: the resources, training and structures needed to enforce laws and policies and to create systems that translate normative principles into practice. This may, in turn, reflect a lack of political will to go beyond rhetoric to tangible action. In addition, there is clear resistance at local level, where, in the words of one participant from Nepal, ‘Cultural norms are strong and will fight back.’

‘If a woman is beaten and walks to the police – what happens? If a woman divorces her husband and tries to claim land – what happens? […] A change in the system includes the attention to these nitty gritty details on the ground. It includes attitudes and accountability.’

‘People never see policies – they are just flying about in rumours. Even service providers don’t know them.”

Participants acknowledge that progress has not benefited all women equally. Rural women and girls, for example, continue to suffer from heavy workloads and limited autonomy and education: service provision is often weak and systems to promote and defend their rights may be minimal.

Other groups of women and girls remain vulnerable to discrimination and exclusion on the basis of their geographic location, class, ethnicity, religion and – in Nepal – caste. There are also stark vulnerabilities at pivotal moments in the life-cycle: our study found that adolescence is a sensitive transitional period in women’s lives and that widows, in particular, may suffer social and economic discrimination arising from cultural norms that curtail their rights.

‘I see more girls than boys at school in Kampala and so think the problem is solved, but then I go upcountry in the north and find more boys.’

‘There are issues of religion, caste, ethnicity, gender and class so in a densely packed society – how to peel away all of these layers to touch the real problems? You can never get to the root of the problem, so when we get to the implementation level we cannot separate these things out.’

Study participants agree that despite the challenges, key laws and policies to push back against harmful gender norms in their societies provide a foundation for greater progress.

They recommend two next steps:

The first requires continued law reform and advocacy as well as expanded information campaigns to raise awareness. The second calls for the establishment of gender-sensitive operational systems that will, in turn, require significant political will and resources, as well as collective action.

Participants recognise that if they are to address the growing disparities that face women in different communities, women activists need to renew their connections with the grassroots to pursue ‘bottom-up’ development processes tailored to local norms, cultures, and priorities. It is critical to engage local women as leaders and mobilisers in such processes.

And all participants suggest that integrated approaches are vital to address multiple sources of inequality and the underlying norms that support them across all contexts.

‘In general, we are blessed with good policies – we can use them to cement coherence and move forward around women’s issues.’

‘So we always have to keep fighting in spite of all of the practical problems that women face.’ 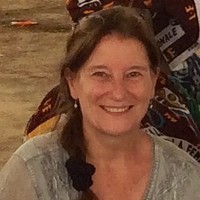 Carol Watson is a social anthropologist and development specialist with 30 years of experience in programme implementation, policy development and research and analysis in sub-Saharan Africa, the Middle East and North Africa and Asia. Recent qualitative studies have focused on adolescent girls and gender justice, urban and rural experiences of poverty and vulnerability, issues affecting older people, interactions between refugees and host communities, and cash transfer beneficiary assessments as part of a broader focus on social protection for vulnerable groups. She holds a doctorate from Columbia University in New York.

View the History and change series