This year’s International Day of the Girl Child celebrated girls’ activism under the tagline: GirlForce: Unscripted and Unstoppable. They are challenging the harmful gender norms that affect them, and wider issues that affect the future for everyone, including climate change.

When we think of challenging gender norms, public protests often come to mind – mobilisation against gender-based violence and female genital mutilation/cutting (FGM/C), or for equal rights to education and fair working conditions. In the past year alone, young people’s activism on climate change and environmental issues has focused public attention on the scale of the problem and has shifted media discourse and social norms around the way we consume, and our treatment of the environment.

As well as spearheading change on these issues through their campaigns, their activism challenges norms about gender and age. For example: that young people – particularly girls – should be obedient, accepting of decisions made by others, and disengaged from the wider world. By speaking out they pose a direct challenge to norms about who can and should have a voice.

Public mobilisation by girls and young women is only part of the picture, however. Norms also change when people start to behave differently, leading by example, and sharing information and new visions with others. Our soon-to-be-published research with the Goal programme in Mumbai, India, for example, found that when girls shared their learning about menstruation with their mothers and sisters, families started to abandon traditional prohibitions on eating certain foods, touching images of deities in shrines or entering temples while menstruating. We also met young mothers in Uganda who meet to play netball on their village fields and, by doing so, are helping establish new norms about the rights of girls and women to sport and leisure, and to use public space.

For the past three years, ALIGN has been bringing together insights on what enables girls and young women to spearhead norm change. We have found that courageous individuals who push against restrictive norms open doors for others, and shift ideas and behaviour from ‘outlier’ to ‘normal’. For example, we met a girl in Nepal who was so tired of being molested on the bus that she stood up to the boy who was molesting her, gaining the support of all the other passengers. But although everyone supported her, they were not willing to act until she took the lead.

We also found that these trailblazers often have strong, supportive families and have benefited from an empowering education that has opened their minds to new knowledge and ways of thinking. Often it is schooling, or belonging to a community organisation that provides space to meet with others, or being part of a social support network that gives girls and young women opportunities to develop leadership skills, that allows them to confront harmful or unfair norms and practices. Increasingly, research highlights the importance of education enabling young people to develop the critical thinking, communication and leadership skills needed to face current and future global challenges.

With 262 million young people worldwide are still unable to access formal education, with girls in low and lower middle income countries most likely to be out-of-school, particularly at upper secondary level. This throws out an immediate twin challenge to the world community: to massively scale up its ambitions and its investment to enable all young people, no matter how adverse their background, to complete a full secondary education, and to make sure that education does more than get them through their exams: it must also equip them with the life and leadership skills they need as citizens.

On the International Day of the Girl Child, many blogs and publications, quite rightly, celebrated girls’ activism. But we must not lose sight of the responsibility of people who have far greater power to act for change. Social movements – against child marriage, in support of equal rights, against environmental destruction – can change norms among their members and wider society, but it is politicians who pass laws, allocate budgets, and enforce (or fail to enforce) laws. It is public officials and private businesses who make choices about how seriously to take gender-based violence, how far they will tolerate sexist talk or practices and, in so doing, whether to challenge or ignore normalising gender inequalities.

Finally, in much of our world, the space for civil society activism is shrinking. It is vital to defend and expand that space. While girls and young women can take up the activist challenge with real courage, it is governments and leaders who must lay the legal and policy groundwork, allow political space and voice, support gender sensitive and enabling services and show leadership through their own actions. Today, we call on them to do so.

About the author - Rachel Marcus 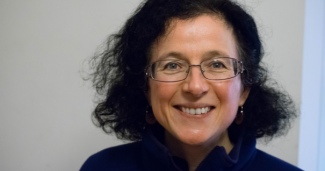 Rachel Marcus is a social development researcher and practitioner who focuses on social equality, particularly related to gender, childhood, adolescence and youth. In recent years she has led research on gender and school environments, girls’ clubs, working with boys to promote gender-sensitive masculinities, and gender-sensitive youth livelihood programmes. 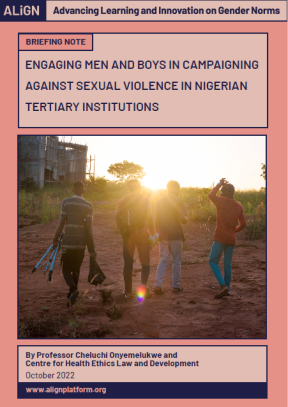 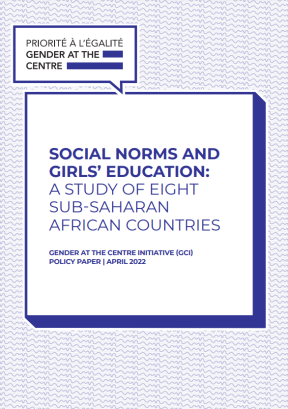 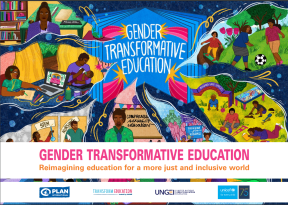