This book analyses advances in women's economic engagement and empowerment in rural and urban Bangladesh. It concludes that despite notable improvement, women's economic choices and control remain limited. Female labour force participation rose 10 percentage points between 2003 and 2016, and the gender wage gap shrank; societal attitudes toward women's land ownership are evolving; and women's financial inclusion and entrepreneurship rates are improving. Women's labour force participation still is less than half that of men, however. Women are confined to a narrower range of occupations, in mostly informal sector jobs, and are still less likely to own land than men. The financial gender gap remains stubbornly large. Women from ethnic and religious minorities face 'double' discrimination on several of these fronts. Stakeholders need to address foundational societal and market barriers, such as sexual and other forms of harassment, mobility constraints, high transactional costs, and lack of formal childcare, while developing accurate gender–disaggregated data to track progress. Despite achieving Millennium Development Goal Target One to halve poverty between 1990 and 2015, Bangladesh remains one of the world's poorer countries. Improvements in engaging and empowering women economically, particularly disadvantaged women, is a clear next step in growing the Bangladeshi economy and maintaining progress in poverty reduction and inclusive development. This book provides recommendations and good practices on how to do so. 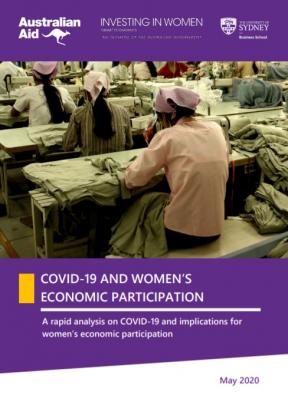