Skip to main content
Women account for around half of the Viet Nam's workforce, but occupy less than a quarter of senior management roles. © Thanh Tung/Institute for Studies of Society, Economy and Environment

To support women in leadership, address their caregiving burden

The lack of women leaders in the workplace is a pressing issue in Viet Nam. While women account for around half of the country’s workforce, a study has found they occupy only 22% of senior management roles and only 25% of CEO or board-level positions. There is an emerging consensus that this gender gap is the result of perceptions that women are not fit for leadership roles

This raises a simple question: How can we address the norms that keep women out of leadership positions in the workplace? New research in Viet Nam suggests effective ways to tackle this challenge – by starting at home and addressing the norms around caregiving, particularly among urban millennials.

In late 2019, Investing in Women (IW), an initiative of the Australian Government, commissioned a qualitative study with CARE International in Viet Nam to examine:

The study explored how gendered social norms intersect with other social determinants like age, marital status, whether women have children, their location and the sectors in which they work.

Critically, the study looked not just at what people do and what they think other people think they should do, but also at people’s sensitivity to social sanctions. From this, the study was able to identify the ‘exceptions’: the people who ignore the norms. They show us where there are weaknesses and faultlines in social norms, and offer opportunities to change them for the better.

How does the caregiving norm interact with the leadership norm?

Despite anticipated sanctions, however, women in their late twenties believe that sanctions should be ignored and that women should follow their careers. There may, therefore, be more opportunities to consolidate norm change among women in this age group. It may be possible, for example, to bridge connections among like-minded women in similar situations so that they can tap into  peer support and broaden their reference group, becoming part of a group that is more supportive of change.

The study found opportunities to facilitate norm change for young female millennials who are under 25 years or in their early thirties, single women, and women with no children. Despite the strong anticipated sanctions related to caregiving roles, these women are firm in their belief that women should ignore sanctions from their reference groups (mostly their husbands and partners) and pursue leadership opportunities.

Six key recommendations have emerged from our research. 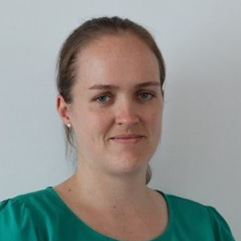 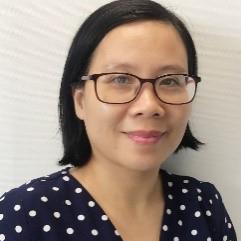 Le Thi Hong Giang is the Gender Advisor at CARE International in Viet Nam and co-led the research, ‘Investigating Gendered Social Norms Affecting Women’s Economic Participation related to Recruitment and Promotion in Viet Nam’, the main subject of this blog.