Programming and multi-media resources on norms and child marriage

As donor and practitioner interest in social norms is relatively recent, many implementers currently struggle with questions around operationalisation. Given conflicting views on the usefulness of social norms-related programming, and how to ‘do it right’, what is the best guidance for implementers?

Some recent materials from programmes with norm-change activities include:

The Girls Not Brides website features an array of documentary and feature films about child marriage. In many cases the filmmakers intended to raise awareness of the impacts of the practice on individual girls and their families; this type of advocacy aims to question prevailing norms by increasing transparency about their consequences. It often does so by highlighting other norms, which are perhaps violated by the practice, such as norms around the protection of children. Film and photography can be powerful tools for raising awareness and galvanising resources among donors. Below are a few examples (see www.girlsnotbrides.org for a more complete listing): 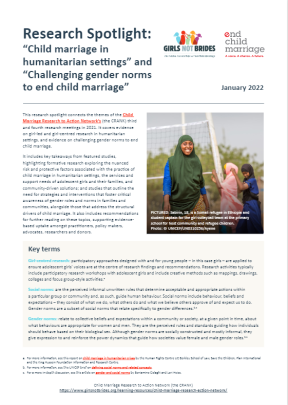 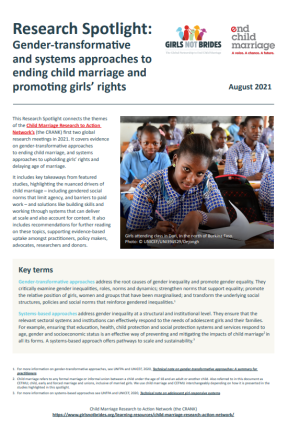 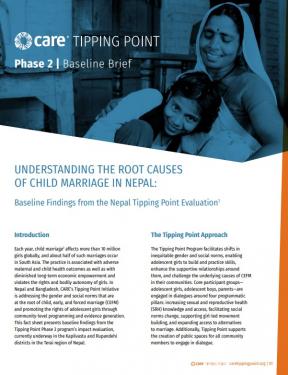