I recently returned from a ground-breaking event supported by ALIGN in Vientiane, Lao PDR. On 9 and 10 January, the Gender Development Association, a Lao civil society organization, partnered with the Government of Lao PDR to host a conference on the impact of gender norms and stereotypes on violence against women in the Greater Mekong sub-region.

This was the first time that experts from across the five countries of the sub-region – Lao PDR, Cambodia, Myanmar, Thailand and Viet Nam – had ever gathered to discuss how such norms influence gender-based violence (GBV) and how best to implement the Sustainable Development Goals (SDGs) using a gender lens. The conference aimed to promote dialogue on the latest evidence, concepts and approaches for promoting positive gender norm change, combatting GBV and promoting equality in development.

Some 40 experts from government institutions, academia, UN agencies and civil society organizations in the five countries participated, but the convening grew to more than 200 when high school and university students from the Vientiane capital region joined in for an afternoon to ensure that the voices of youth were represented. 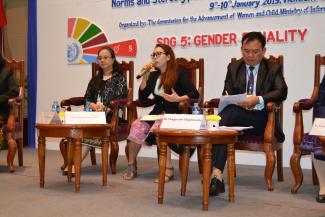 Over two days of debate and discussion, participants shared information on gender norms at the national and regional levels. The event also highlighted research and practice on a wide range of themes, including GBV, gender norms within vulnerable populations, and the importance of engaging the media – as well as men and boys – in achieving greater gender equity.

Given the wealth and range of presentations, it is a challenge to capture the full essence of the conference, but here are a few key messages that struck me:

1. Gender-based violence (GBV), including harassment, intimate partner violence and rape, remains a significant problem in the sub-region. This is, in large part, the result of social norms about what is and is not acceptable behaviour for men and boys. Harmful practices continue, such as child marriage, emotional violence, and, in some ethnic minority communities, forcing sex on a girl before her first menstruation. These are driven not by poverty and a lack of education, but by expectations about what others think is normal, acceptable behaviour; in other words, gender norms.

2. The media, including traditional and social media, perpetuate GBV and negative gender stereotypes and norms in the sub-region. Across all five countries, people watch and are influenced by Western, Korean and Thai-produced dramas, which promote ‘the ideal man’ – a man who is supposed to be dominant, aggressive, strong and brave. They often glamorize GBV and show women as disempowered and helpless. Experts recommended that proactive engagement with various forms of media can help to transform such portrayals and shift perceptions and norms toward more equitable and positive gender roles and relations.

3. Men and boys need to step up to advance gender equity, and society needs to help them do that. Presenters and participants noted that, starting with the family, boys should be taught to respect the equal rights of women, and men should share domestic work. Schools should promote gender-equitable curricula and awareness of the rights of girls, as well as the responsibilities of boys to uphold these rights. Workplaces should enforce policies that prevent sexual harassment and promote equal power and opportunities, regardless of gender. The media and others should promote positive masculinities, where men reject violence, respect women and share domestic duties. As some of the young students at the Conference said:

"Men should give women opportunities to make decisions and should change their attitudes about what women can do."

4. Ethnic minorities and other vulnerable groups face particularly strong and negative gender norms that can harm to their health, rights and wellbeing significantly. There are approximately 200 ethnic minority groups across the sub-region, often spanning national borders. Representatives from the Akha, Hmong, Kuki  and Khmu communities, among others, shared stories about GBV, forced sex, child marriage, loss of property, trafficking and school drop-out in their communities. A member of LaoPHA , a non-profit association working to eradicate stigma and discrimination to improve quality of life for vulnerable populations in Lao PDR, described how LGBT youth may be forced to drop out of school because of stigma, GBV and a lack of legal protection, leaving them vulnerable to poverty, sex work and HIV. An advocate for the rights of women living with disabilities  noted the existence of positive laws and policies to protect people with disabilities but lamented that they are rarely enforced. These and many other amazing advocates felt that much more could be done by governments and civil society organizations to develop and implement policies and programmes that advance more gender equitable norms and attitudes. 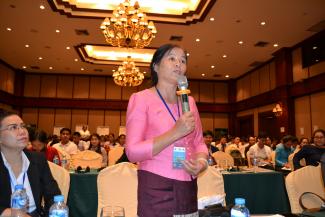 5. As I’ve been fortunate to see in so many parts of the world, it is the young people who offer hope for a more equitable future. The presence of high-school and university students, even just for a few hours, made the conversation less formal, less cautious, and far more ambitious and optimistic. The youth of Lao PDR spoke truth to power, calling on men to promote gender equality and to respect the voices and decisions of women and girls. As one young woman said:

"We women are not asking for superiority, we just want equal opportunities."

Through signing on to the SDGs and in other ways, the governments of the sub-region have already committed to provide these equal opportunities. Let us hope that this conference gave them and others the impetus to deliver those commitments in full.

Hear from some of the participants at the conference: 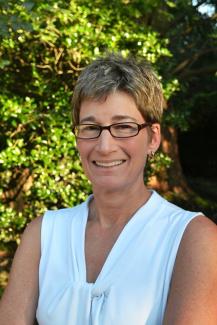 Suzanne Petroni founded the consultancy, Gender Equality Solutions, in 2017 to support donors, governments and civil society to design and implement high-quality and gender-equitable global health and development programs. She brings nearly three decades of experience in the governmental, philanthropic, nonprofit and research sectors, and holds a doctorate in Gender and Social Policy from George Washington University, a master's in Foreign Service from Georgetown University, a bachelor's in International Relations from the University of California at Davis, and a certificate in Public Health in Complex Emergencies from Columbia University. She currently serves as the Convening Fund Lead for the ALIGN Programme.