Published by: Trends in Psychology

The influence of gender on intimate partner violence (IPV) has been predominantly studied in opposite sex relationships. This article presents the results of a systematic literature review in which the aim was to understand how gender may affect not only the violence in same-sex IPV but also, and mostly, each element of the couple and third-party responses. The search was conducted in four electronic databases: B-on, PubMed, Sage and PsycINFO. From the analysis of seven articles selected, four major domains were identified in which gender affects these relationships: normalizing violence; difficulty in recognizing violence; difficulty in seeking help; and social isolation. It was concluded that gender, or gender role expectations, cannot be ignored while studying this phenomenon. More than influencing violence per se, gender shapes the way each element of the couple perceives their experiences and third-party perceptions (e.g., family, friends, justice system, and victims support services professionals), preventing an adequate social response to this form of violence. 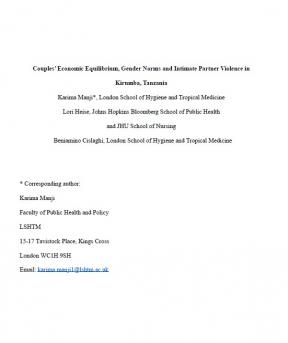 Published by: Violence Against Women 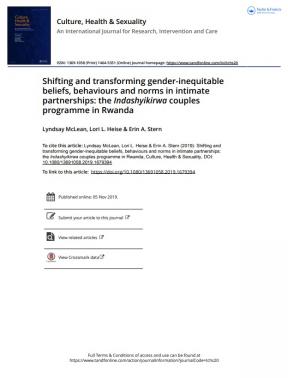 Published by: An International Journal for Research, Intervention and Care