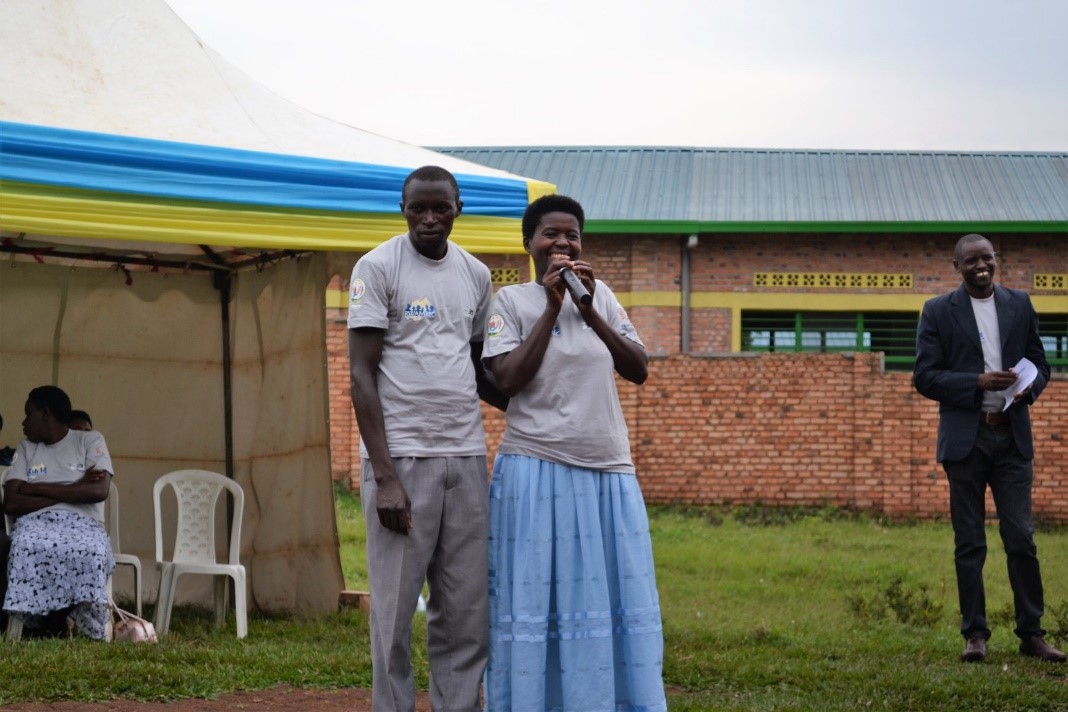 Promundo convening: Getting men to care and state of the World’s Fathers 2019 report meeting

This event was funded by ALIGN and Wellspring.

In November 2018, the first in a series of convenings supported by the Advancing Learning and Innovation on Gender Norms (ALIGN) project was held in Kigali, Rwanda hosted by Promundo. The ‘Getting Men to Care’ convening assembled key researchers and activists from around the world to review existing research, programme and policy experiences on gender norms, workplaces, policy environments and community norms that discourage or encourage the participation of men and boys in unpaid work (i.e. domestic tasks and caring for children, elderly and disabled relatives). Given that women’s unpaid work burden continues to be a huge driver of inequality in leadership and the gender pay gap, understanding how to encourage men’s unpaid work is key to women’s empowerment.

The two-day event brought together groups of researchers and activists from a dozen countries to identify, explore and debate the systemic gender norms in various cultural contexts that deter men, and particularly fathers, from playing an active role in the everyday care work which is often left entirely to women.

The event was led by ALIGN’s Convening Fund awardee Promundo, a global leader in promoting gender justice and preventing violence by engaging men and boys in partnership with women and girls, and the Rwanda Men’s Resource Centre (RWAMREC),which promotes gender equality and the prevention of gender-based violence in Rwanda.

During the convening, ALIGN Convening Fund Manager Suzanne Petroni spoke with various participants to explore how they see gender norms affecting men’s roles as carers, and what their organisations were doing to tackle these norms. Highlights of her conversations are below, and in this corresponding blog. 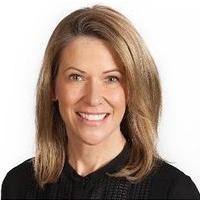 “The way that I see gender norms playing into men's ability to care is that at the moment there are really traditional, outdated stereotypes that are holding men back and we need to reduce the stigmas and actually create opportunities for men to care.

"Dove Men+Care is championing paternity leave for dads everywhere in the world because we believe that when dads have the opportunity to care, they have the chance to develop a close bond with the child, to and develop confidence. And that sets up a pattern of behaviour in the family for the rest of the child's life.”

Sharon MacLeod has been the Global Brand Vice President, Dove Men+Care, with Unilever since July 2016. Since 2008, Ms. MacLeod has acted as an advisor to Villa Leadership, a Women's Leadership program that she founded. In 2013 and 2014, Ms. MacLeod was named by Women's Executive Network as one of Canada's most powerful women. 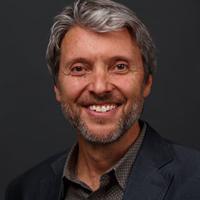 President and CEO of Promundo

“The MenCare campaign is looking at how we can shift this idea that men's identities are based mostly on being providers, and not enough in being caregivers. We see the need to change those norms so it’s not just in men's heads but really all around them from the moment that we begin to raise our sons and daughters.

"To counter these norms at community level, we have been doing both parent training, particularly father training, as well as doing national level campaigning… How do we put this in the airwaves? How do we include it in media? How do we change what happens at clinics and day-care centres so that we begin to shift our expectation toward one that says, 'The world expects you to be involved in caregiving'? We want to try to shift the world around men so they perceive the expectation that 'I must be involved in hands on care work.'

"The convening funded by ALIGN aimed to look at what's the database - at program level, policy level, shifting in norms that's happening because women are entering the paid workforce more. And how do we use that to shape our next State of the World's Fathers report, which comes out in 2019 and which we hope continues to make the message that it is about changing individual men, but even much more, it's about changing the societal expectations of what men think they should do and starting really young. So how do we send this message to boys, while we send the message to girls that we expect the world to be theirs -- they're not destined to be caregivers or only to be caregivers.”

Gary Barker is a leading global voice in engaging men and boys in advancing gender equality and positive masculinities. He is the CEO and founder of Promundo, co-founder of MenCare, a global campaign working in 45 countries to promote men’s involvement as caregivers, and co-founder of MenEngage, a global alliance of more than 700 NGOs. He created and leads the International Men and Gender Equality Survey (IMAGES), the largest-ever survey of men’s attitudes and behaviors related to violence, fatherhood, and gender equality. He is a co-author of the 2015 and 2017 State of the World's Fathers reports. He has advised the UN, the World Bank, numerous national governments, and key international foundations and corporations on strategies to engage men and boys in promoting gender equality. In 2017 he was named by Apolitical as one of the 20 most influential people in gender policy around the world. 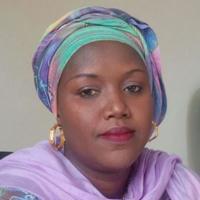 “Overall we are seeing more good things around changing or transforming gender norms around masculinities. Especially in those countries in Africa where we are working, there are very strong inequitable gender norms. Boys and girls who grow up in these communities see images of so-called ‘real men’ or ‘real women’. So when men are becoming fathers and partners in their families they still tend to portray so-called ‘real men’ – these are men who are not involved in care work. We’ve also heard that women themselves are not really supportive of these programs so it becomes very challenging. What we are now doing is trying to approach those men, women, and the government to see how these norms can be transformed through our programmes in different countries to try to encourage men and women to start reflecting, questioning, and criticizing behaviours and gender inequitable norms that are really unhealthy for their lives.

"The best way I see things change is if it comes from the person themselves. There are perceptions that a real man is tough, he is strong, he has to have money, a real man doesn't cry, he must not show emotions. So these characteristics affect the way men and women behave in their communities. Because to be a ‘real man’ or a ‘real woman’, you have to behave the way the society expects you to… you have to be in the ‘Man Box’ or ‘Woman Box.’ What we are doing now is trying to have them come out of these boxes and be in the ‘Human Box’."

Mrs Shamsi Kazimbaya has more than 10 years extensive experience in coordinating the implementation of policies and programs for the promotion of women’s rights and gender equality and consistent success in mainstreaming gender in various programs in partnerships with the government and other development partners. Shamsi has worked with government institutions, Rwanda Men’s Resource Center coordinating the MenCare+ project, and Jhpiego – an affiliate of John Hopkins University, in the position of Gender Advisor for the Maternal and Child Survivor Program (MCSP). 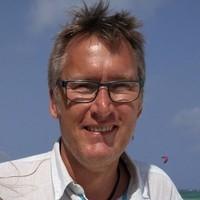 "UN women are doing different things to tackle this. In Ethiopia, we do different projects such as community conversations where we try to show that women’s economic empowerment is actually good for the whole family. And if men support that with care work and other work in the home, it can give the freedom to women to engage in economic activities.”

Soren Winther has extensive experience (17+ years) with national and global gender issues in the Danish Ministry for Gender Equality and abroad. He is involved in collaboration and networking with ministries, CSOs and organisations. 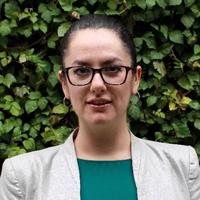 “I believe social norms that are associated with care can be both beneficial and hinder the capacity of men to care. For instance, there is stigma associated with hands-on caring, but also cultural norms that value the role of fathers. In other settings, men are traditionally seen as the provider. It’s time we changed that.”

GENDES is a civil society organization that works with a gender perspective from masculinities, fostering reflection, intervention, research and advocacy processes, in order to promote and strengthen - in partnership with other actors - equitable and egalitarian relationships that contribute to social development.

Legally constituted in 2008, but with work since 2003, GENDES was founded by a multidisciplinary group of professionals in social sciences committed to the analysis of masculine identities and the eradication of gender violence. It offers different attention strategies to develop other ways of being men and women, alternatives to the hegemonic model, from approaches that promote nonviolence, affection, as well as gender equity and equality in the community, institutional, group and individual spheres. 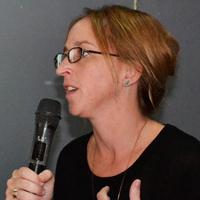 “Plan International Canada works with  fathers groups with the support of Promundo and their technical partnership. We also work with women's rights organizations to help women broaden their perspective on the role of men at home as well so that they can work together as partners.”

Read a blog from the event